Sho Madjozi on her rapper status being questioned: It's not really a big deal 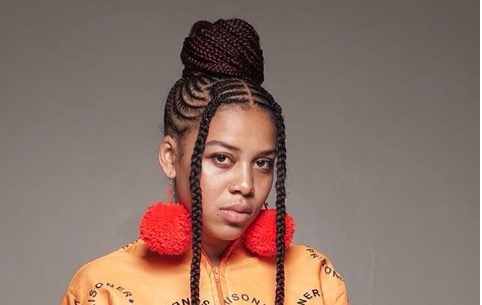 Sho Madjozi has been winning hard on these streets, but all her successes have seen people, particularly in the hip hop space, question if the Tsonga musician "deserves" to be called a rapper.

Speaking to Slikour and Ayanda MVP on Slikour Online's #WhatSAHipHopSaid, Sho had something to say about people constantly asking if she's a rapper or hip hop artist.

The Huku hitmaker explained why she'll happily let those who "care" argue among themselves.

"I honestly am not the kind of person, and I don't understand why we always feel the need to classify people within genres and stuff. For me, it's not really a big deal at all how people want to categorise me, but I always find it interesting. The first song I ever recorded is hip hop. I look at my debut album and four songs in there can be classified as gqom, and I have purely hip hop songs."

Sho also explained that while the label attached to her and her music may be "debatable", the bottom line was that she was a damn good writer.

"I wanted to write, my main passion is writing, I studied writing and I've been writing since I was very young. I decided that I was interested in rap and writing rap. I kind of looked around and saw what people were doing and I thought, well I can rap better than that, or at least as good as anyone that's out there," she explained.

Listen to the rest of the segment below.

Sho made history as the first female SA artist to win a BET.

In her acceptance speech, Sho said the win proved that anyone can be a superstar, even a girl from a village in Limpopo.

"My story is testament that you can come from any village, in any forgotten part of the world, and still be a superstar. For girls that come from where I am from, which is Limpopo, I just want to say that you don't need to change who you are, you can still be big," an emotional Sho said.

Imagine J' Something's mother's face when he called after church and "Ma, God says I need a guitar"
TshisaLIVE
2 years ago