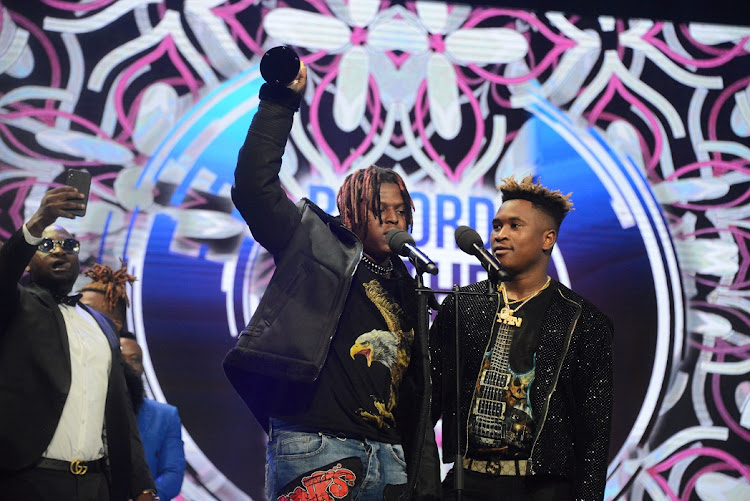 Distruction Boyz changed the gqom genre for life with Omonye and now they are back with new music.
Image: Gallo Images / Frennie Shivambu

When Distruction Boyz dropped Omunye in 2017 they solidified the presence of gqom in SA and went on to become one of the most recognisable names but now, the gqom fever has 'died' down but they are certain they can resurrect it.

Omunye not only became a national anthem but it went on to win awards. During an interview with TshisLIVE just days after they released their latest single Sinenkane, the duo said they were certain they would top the bar they reached.

"We are coming back with a new single after having taken a step back from releasing music. We had to step back because, soon after our second album it started sounding like everybody was doing the same thing and we wanted to offer a different approach... one that would also appeal to the international market. Sinenkani is a hit and we are sure our fans love it."

With the rise of amapiano, gqom has been labelled as "dead" by many on social media.

Thobani “Que” Mgobhozi and Zipho “Goldmax” Mthembu said they won't deny that amapiano has "taken over" Mzansi, however, they flatly denied that gqom has died.

The name of their latest single, Sinenkani, means we are stubborn, which the boyz explained was also to send a message that no matter how many people can declare gqom dead, they will never stop making gqom hit songs.

Goldmax said the problem with gqom is that it quickly became overcrowded with people coming in and "diluting" the sound.

"We offer something new and fresh but still authentic gqom music. The reason why people think gqom lost its fire is not because it really has - or there's a better genre... It is because people came in and started diluting the sound, not only was every song beginning to sound like one song, people were not being creative anymore," he said.

AKA on returning to Twitter for advice: I still care what you think

"He could have stayed as a privileged white man but he chose and wanted to learn about the African culture; the dance, the music and just embrace the ...
TshisaLIVE
1 year ago

Money, fam ... it's all about having money and options.
TshisaLIVE
1 year ago