Zodwa Wabantu takes a bath at a random person's house

And not only gets a chance to bath but gets a prayer in her honour! 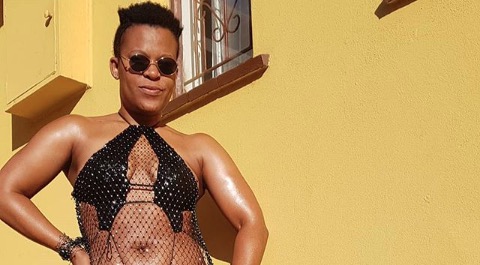 Zodwa Wabantu caused a frenzy in Dundee and then went searching for a place to bath.
Image: Zodwa Wabantu/Instagram

Zodwa Wabantu walked into a random person's house and asked to have a bath after her energetic performance at Dundee July over the weekend ... And then the family showered her with a prayer!

The entertainer, who is loved for her realness on these social media streets, has made it no secret that she doesn't see herself as a celebrity.

Zodwa dished that she views herself as an average person and that she treats others with the same respect, which is part of the reason she can still walk into a stranger's house and ask for water.

"So yesterday all B&Bs were fully booked at Dundee July. Being Zodwa Wabantu, I decided to knock at the door of a random house for a quick bath. Then I also received a powerful prayer," she said.

The controversial dancer was in Dundee, KZN this past weekend for a performance and hundreds of fans went nuts when they saw Zodwa.

Zodwa Wabantu's fans in Dundee gave her a warm welcome.
TshisaLIVE
2 years ago

This isn't the first time Zodwa has walked into a house at random. Just last month she did the same thing and chilled with the family to watch her reality show because the hotel she had checked into didn't have Moja Love.

Watch the video below as Zodwa Wabantu gets a prayer.

So yesterday all B&B's were fully Booked at Dundee July. Being Zodwa Wabantu I decided to knock on a random House for a quick bath . Then we received a powerful prayer 🙏.. When God walks with me😭🙏🙏🙏🙏🙏❤️

Kay Sibiya welcomes baby boy: When I looked him in his eyes I saw God

Kay says he's never experienced a love like this before!
TshisaLIVE
2 years ago