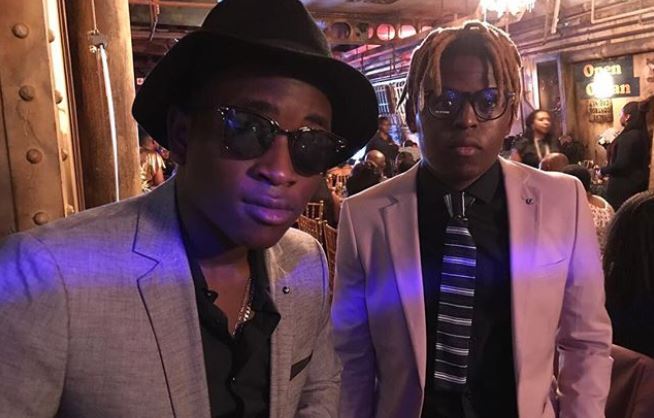 The Distruction Boyz have come out to advise fans against pitting different music genres - and by extension artists - against each other by constantly comparing them.

Speaking to TshisaLIVE shortly after the release of the their new single, Sinenkani, the duo explained that the constant comparisons between gqom and amapiano are totally unnecessary. Instead, people should simply be appreciating good music.

"Personally, we listen to all kinds of music. We listen to Afro-soul, Afro-pop, house and almost everything in between ... so why would we ignore amapiano? The constant comparison really isn't necessary because the two genres are very different, so in fact it isn't a fair comparison," they said.

Goldmax explained that since their breakthrough in 2017 with Omunye, the duo has been exposed to all kinds of music - and to the power of music in bringing people together.

Thanks to gqom, they have performed all over the word, including Europe and Canada.  Last year they even performed at the prestigious Sonar music festival in Barcelona, Spain, after being recommended by US producer Diplo.

They said all this exposure made them realise that comparisons are pointless and that when it comes down to it, good music speaks for itself.

"Music will always stand up for itself. When people love it and if they relate to it, it will be popular because the people make the hit songs. As artists we create great music, but it is the audience that determines if that song is a hit. There's no space for useless comparisons; just listen to the music!"

The name of their latest single is Sinenkani, meaning "we are stubborn". The Boyz explained that this was to send a message that no matter how many people declare that gqom is dead, they will never stop making gqom hits.

Cassper defends Motswako: I think y'all are obsessed with killing genres

'The power is in our hands,' roar SA celebs at Nigerian tweep

Trying to compete was a bad move...
TshisaLIVE
2 years ago