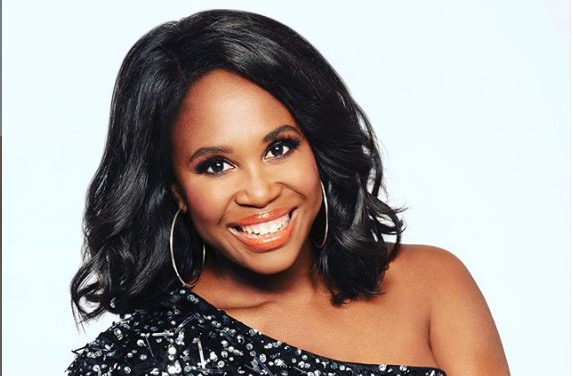 Motsi Mabuse is set to add her own "sparkle" to the show.
Image: Supplied

Mzansi's very own Motsi Mabuse is flying the flag high and has just bagged a spot on the Strictly Come Dancing judging panel.

The news was revealed by the UK Press Association on Monday night.

Motsi, who grew up in Mzansi and studied at the University of Pretoria, was set to work in her family's law firm but the dancing bug bit.

She has been a judge on Germany's version of Strictly, Let's Dance since 2011. Motsi will replace Dame Darcey Bussell who announced her exit in April after seven years on the show.

The SA dancer, who is the older sister of Strictly professional Oti, will replace Dame Darcey Bussell, who announced in April that she was stepping down after seven years on the panel.

"I am absolutely thrilled and overjoyed to be joining the @bbcstrictly judging panel. I have so much respect and admiration for the other three judges and hope to add my own bit of sparkle to the show. I can't wait to get started!," Motsi said on Instagram.

She thanked her husband, family and dance school team for their support.

I am absolutely thrilled and overjoyed to be joining the @bbcstrictly judging panel. I have so much respect and admiration for the other three judges and hope to add my own bit of sparkle to the show. I can’t wait to get started! @letsdance dance has always and will always have a place in my heart ‘ I grew up with @letsdance and learned so much, so don’t worry I am not going anywhere soon and November I will be certainly our first tour !! Thank you to the team @rtl.tv & SEAPOINT Kai Sturm ,Steffi frebel, Nina Klinik ,Jan Philipp and Nora Kurven .You guys are amazing and I will be forever grateful .Thank you for the support and 11 Wonderful years ! Thank you to @oana_nechiti @erichklann @kathrin_menzinger & @vadim.garbuzov great colleagues who jumped in when I called 📞! Thank you guys and can’t wait for our secret project 2020 💃🏾💃🏾 @motsimabuse_taunustanzschule & @millennium_tanzschule !!!!!!!!!!! I couldn’t do all this without the support of my Husband , My Family and My dance school team !!!! Exciting times ahead and I can’t wait to meet all of @bbcstrictly team . My final words :::: There is freedom waiting for you, On the breezes of the sky, And you ask "What if I fall?" Oh but my darling, What if you fly? Love Motsi #anzeige #newchapter #godhasaplan #lawofattraction #manifestation #loveandlight

Lebo M on Beyoncé in The Lion King: She is spectacular as Nala

Lebo M said the film is more African than before.
TshisaLIVE
2 years ago

Thembi Mtshali has a career spanning over two decades!
TshisaLIVE
2 years ago