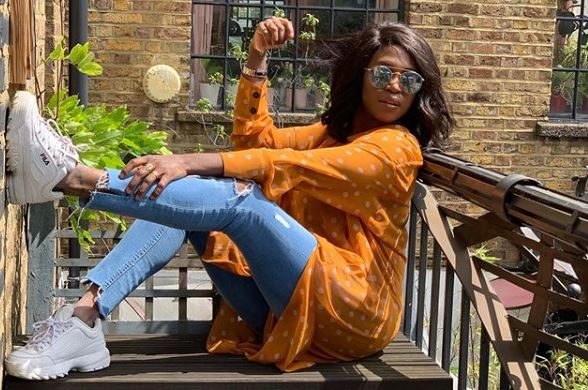 Motsi Mabuse is going to be a judge on Strictly Come Dancing.
Image: Instagram/Motsi Mabuse

Looks like the momentum of South African born stars making their mark on the international scale is far from over as dancer Motsi Mabuse has just been named as Dame Darcey Bussell's replacement as a judge on Strictly Come Dancing.

BBC reported that Motsi, who is a former South African champion and German Latin champion, was seen as the best fit for the BBC One show's judging panel.

Motsi took to her Instagram to express her joy.

"I am absolutely thrilled and overjoyed to be joining the BBC Strictly judging panel. I have so much respect and admiration for the other three judges and hope to add my own bit of sparkle to the show. I can’t wait to get started! Let's Dance has always and will always have a place in my heart ‘ I grew up with Let's Dance and learned so much, so don’t worry I am not going anywhere soon and November I will be certainly our first tour."

She said she's going away for some quality time with her family, so she can recharge for the upcoming exciting adventure.

"I am honestly overwhelmed by all the positive reactions!! I am extremely thankful and do believe I have been blessed! My family and I are going away to just have time for us, we have a very special birthday coming soon and taking a timeout to recharge for a wonderful season filled with exciting adventures," she added.

Here are 5 facts to know about Motsi.

• She was born in n Mankwe, North West but moved to Mabopane, Pretoria when she was five years old.

• She's the elder sister of Strictly Come Dancing star Oti Mabuse, who is 28, also a dancer and was recently seen as a dance captain on BBC One's The Greatest Dancer.

• Mabuse started out as a professional dancer and competed on Let's Dance, the German version of Strictly Come Dancing.

• Last but not least she's a marvelous dancer! Watch her in action below.

Lootlove is determined to work on herself, no matter how 'painful' it is