Masechaba grateful for support after being held at gunpoint 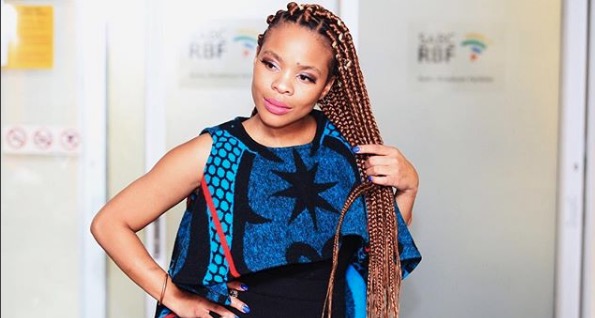 Masechaba Ndlovu was held at gunpoint in her house.
Image: Via Instagram

Media personality Masechaba Ndlovu is counting her blessings after being held at gunpoint when five armed men stormed into her home last week.

The star, who was sleeping next to her 11-year-old son, was pulled out of her bed, was tied up and held at gunpoint, while the men ransacked her house.

After sharing her experience on Facebook, the star has been inundated with messages of support and prayers. She returned to the platform on Sunday to thank fans for helping her as she copes in the aftermath of the horrific incident.

She said her family was "doing well" and had received counselling.

"Thank you so much for your loving messages. My family and I are doing well. A trauma counsellor came out to our home on Thursday morning after the scene was cleared. Our neighbours have been extremely supportive. The entire country has rallied around us.""

Extra security measures have been put in place at the star's home and she admitted that "life is different" now.

"Life is different. I feel the warmth of the sun differently. I smell the roses differently. I hear every bird in the sky. My well is overflowing because the depth of my gratitude far outweighs my trauma. My family and I survived a home invasion. To God be the Glory."

Masechaba last week recounted how intruders had led her down the passage, checking every room to see who else was in the house. Her six-year-old son was asleep with his nanny in one of the bedrooms and the nanny was taken downstairs with Masechaba and forced to lie on the ground.

"We were forced to lay on our stomach, then tied up with cable ties with our hands behind our back and held hostage for over an hour while our home was ransacked. At one point, they didn’t know what to do with us. They argued amongst themselves but by God's grace, they took a decision to leave us unharmed. No one was seriously hurt. They fled in my vehicle and, with the assistance of my 11-year-old, we were able to get help from my neighbour."

The car was later recovered in Alex,  with most of the contents still inside, after a police chase.

Masechaba Ndlovu is back on radio & Twitter is here for it!

It seems Masechaba's CEO (aka God) has gone and done the things, and Twitter is thrilled for her.
TshisaLIVE
3 years ago

"For two-three days he held me hostage and he basically sexually abused me," Masechaba said
TshisaLIVE
3 years ago

Masechaba Ndlovu on self-love: Blood is not thicker than your peace of mind