From PDA to splitsville: A timeline of Zodwa & Ntobeko's love story 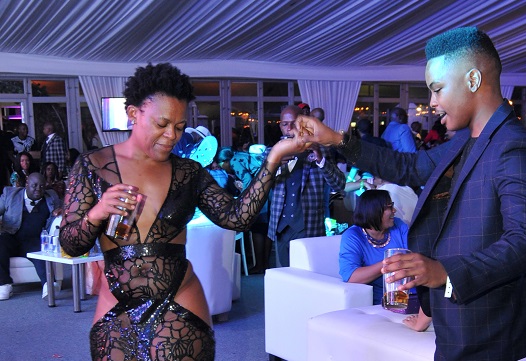 It looks like Zodwa Wabantu and long-term bae Ntobeko Linda will no longer be heading to the altar and this time it's "for good."

Zodwa confirmed to TshisaLIVE on Monday that she called off the wedding and had split from Ntobeko.

Although Zodwa is fresh from a break-up and nursing a broken heart, some fans are still not convinced that they are done for good and believe the pair may reunite to give Mzansi a wedding.

But in the meantime, let's go down memory lane and look at how Zodwa nearly found her way to the altar.

Marriage is not in our plans

After introducing him to the world the year before, in 2018 Zodwa posted loved-up images of her and her bae but claimed that marriage was not on the cards.

Even though Zodwa Wabantu keeps posting "loved up" pictures of her and and bae, the dancer has told TshisaLIVE that she's totally smitten however ...
TshisaLIVE
3 years ago

A year later, she dropped a major hint that she could soon tie the knot, telling TshisaLIVE that she is so in love that the thought of getting married no longer scares her as much.

Dancer Zodwa Wabantu has dropped her strongest hint yet that she could soon tie the knot, telling TshisaLIVE that she is so in love that the thought ...
TshisaLIVE
2 years ago

It won't define me

She then found herself having to prove to Msanzi that marriage isn't the be-all and end-all of life.

Zodwa: I won't get married to prove a point to society or because my bum is getting old

Is marriage on the cards for Zodwa? Well, she won't tell you if it is.
TshisaLIVE
2 years ago

Money can change everything

Although she had turned down the idea of getting married, she then said that money had given her more options, which had changed her outlook on life.

Why did Zodwa change her mind about marriage? The answer rhymes with honey, darling...
TshisaLIVE
2 years ago

This later saw her pop the question to her lifetime bae.

She took to Instagram to share a video of her going down on one knee at Eyadini Lounge, in Durban, and asking Ntobeko to marry her.

Making a taboo move, Zodwa shared that she planned to send a delegation of women to pay lobola for her fiancé.

Zodwa then left followers in a mini panic when she reported that her upcoming wedding was called off which turned out to be pre-wedding jitters.

Zodwa is shaking patriarchy and Mzansi is here for it, well mostly...

Zodwa's fans stan a queen who won't be told what to do...
TshisaLIVE
2 years ago

In June this year, in just a matter of two weeks, Zodwa Wabantu's wedding had been off, on hold and now it's all systems go again.

Zodwa Wabantu tells all on those 'pre-wedding' jitters: Things have changed

Zodwa says since popping the question, something has changed and the energy ain't the same
TshisaLIVE
2 years ago

'It will happen': Zodwa Wabantu u-turns on wedding plans AGAIN!

"Yes, the wedding is on again, it was never really off, just on hold," Zodwa said
TshisaLIVE
2 years ago

After months of prep, planning and pre-wedding jitters, Zodwa was left nursing a broken heart after her wedding was called off this past Saturday.

'I thought he would fight for me'- Zodwa's wedding has been called off...'for good'

The star was supposed to have got married over the weekend.
TshisaLIVE
2 years ago

We hope that this is not the end for Mzansi's favourite couple.