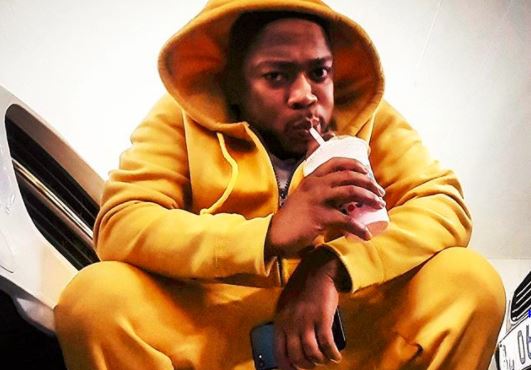 Actor Kope 'Tswyza' Makgae is building his music career and was recently snapped up by Dr Malinga for his upcoming One Man Show.

The star has joined a host of big names on the lineup this weekend and announced his spot on the bill with a hilarious video on social media.

ITS CONFIRMED @tswyza AKA MREKZA FROM GENERATIONS WILL BE JOINING US AT MY #DRMALINGAONEMANSHOW 3 August at onpoint resort this Saturday. 😂🤣😂🤣😂🤣

Speaking to TshisaLIVE, Dr Malinga said he was really excited to have Tswyza on the lineup.

"He is a public figure and people love him. When we heard he might be available we did everything we could to make sure he was on the lineup."

Malinga said he had been inundated with calls from fans to include Kope and was happy to have convinced the star to perform.

Kope said that he had worked with Malinga on several of his projects in the past, including for events in his community, and had jokingly asked the star why he had never returned the favour and invited him to perform at his shows.

He said that he was overjoyed when Malinga then invited him to be part of his show this weekend.

Tswyza has been entertaining audiences with his rap skills, even blazing some serious bars on social media.

He said fans can expect a fusion of hip-hop, amapiano and soul in his performance at Malinga's show.

And judging by these bars, it's going to be fire.

IF YOU THOUGHT BUSTA RHYMES WAS GOOD THEN YOU HAVE NOT HEARD MREKZA FROM GENERATION THE LEGACY...HE IS THE BEAST DAMN. 4more Follow us by liking this Page👆

Keep your Gucci belts, Kope is focused on the coins.
TshisaLIVE
3 years ago

Kope Makgae: I'm damn good at what I do

Actor-turned-rapper Kope 'Tswyza" Makgae has introduced Mzansi to a "unique" sound in the rap genre and told TshisaLIVE that he's undisputed at what ...
TshisaLIVE
3 years ago

Even though Generations The Legacy actor Kope Makgae is considered a celebrity, he insists that he hasn't been consumed by the "fakeness" that ...
TshisaLIVE
3 years ago