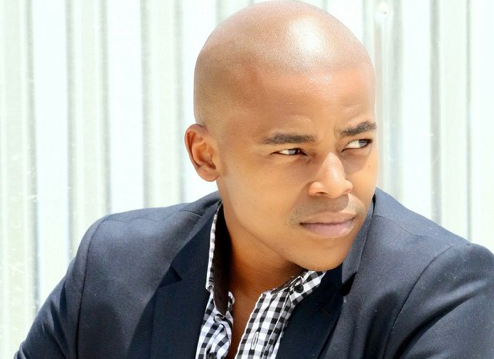 Tongues were wagging over last night's episode of the action-packed telenovela, The Queen, after Kagiso escaped death by an inch.

Sgaqagaqa, as he's known on the drama series, survived a bombing in his mother's car.

The bomb explosion was set up by Shaka and Brutus who were out to kill Harriet but caught Kagiso in the crossfire.

The incident sparked mixed reviews on social media. Some were glad that Kagiso wasn't killed in the explosion, while others were unhappy with the scene and felt cheated by the telenovela's scriptwriters.

Kagiso was not the only character who recently had a near-death experience.

Jerry, who goes by "Jay" now, also survived a coma after being diagnosed with prostate cancer.

Kagiso is going to be fine.
There are no internal injuries. -Mmabatho#TheQueenMzansi

Even though he jumped out of the car seconds before the explosion, he's badly hurt #TheQueenMzansi pic.twitter.com/PoHzdY6ceY

WHAT IF KAGISO also looses his memory? pic.twitter.com/Ot9Gv9ViWx

Tomorrow Kagiso will be in ICU, by Wednesday he will be walking around perfectly with no scar on him and by Friday those 2 will be begging him not to kill them.#TheQueenMzansi pic.twitter.com/SHsDe9rrpy

'Scandal!' actress wants to break the stereotypes around Khelobedu dialect

Growing up, actress Mokokobale Makgopa was shy to speak her mother tongue, Khelobedu, out of fear of being isolated or seen as different.
Lifestyle
2 years ago

Penny Lebyane on prejudice: I had closed up and needed to find my voice again

Penny speaks out on the challenges she's faced.
TshisaLIVE
2 years ago

So The Queen’s Jerry just woke up to die again?

Yoh! Just as we went into mourn mode, Amo came in with the court order.
TshisaLIVE
2 years ago