IN MEMES | Marothi is doing his best to help Rachel, but does he know where LA is? 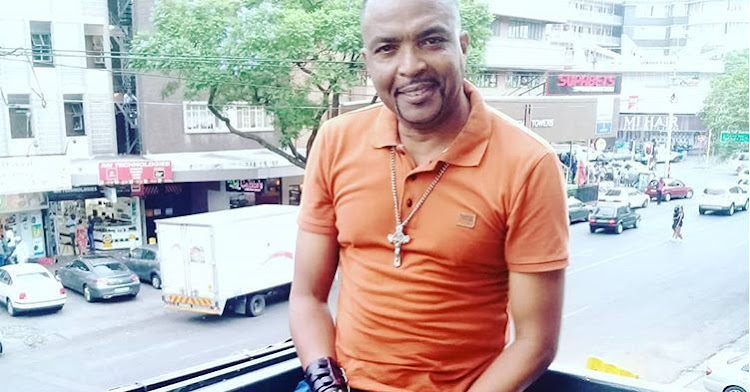 Skeem Saam's Marothi is deep in his feels and desperate after his wife, Rachel, was beaten up in prison recently.

Lelo and Lehasa did the most to Rachel, and her hubby, Marothi, was shooketh beyond measure when he saw how badly she had been beaten.

He got pictures of his missus in an anonymous letter, sent to him without a stamp.

When he went to visit her earlier in the week, Rachel didn't come out initially, but eventually Marothi got to see her.

She said two women tried to kill her because she was coming to see him.

"They pulled me into the bathroom and started beating me up for no reason. If I had not fought back they would've killed me."

She claimed the women had called her their "little assignment" and pleaded with Marothi to get her out of prison.

Marothi did all he could, reaching out to Ma Ntuli for help and asking a friend for the CCTV footage to prove his wife's innocence.

The only issue is that the tapes are badly damaged, so Marothi has to travel to LA to get professional help to retrieve them.

Fans of the show were watching the drama on the edge of their seats and flooded social media with reactions to what was happening.

#SkeemSaam I hope Marothi knows what LA stands for pic.twitter.com/918ouB6nMP

Poor Rachel. Lelo & Lehasa must pay for this. #SkeemSaam pic.twitter.com/IfLizseZNg

Skeem Saam’s Marothi: The most important role for me is being a dad

But would he let his daughter marry someone like Marothi?
TshisaLIVE
2 years ago

Actor says he always gets stopped and asked about Rachel.
TshisaLIVE
2 years ago

Marothi vs Lehasa: Who has the upper hand?

The Lehasa and Lelo versus Marothi and rachel is getting hotter!
TshisaLIVE
3 years ago