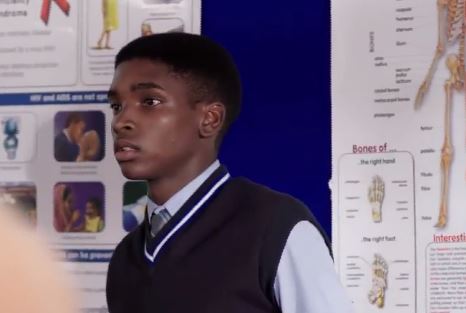 Koloi and Billy are still coming to terms with the death of their mom and right now the world seems to be out to get them again.

Koloi just wanted to be left alone and after he was teased by Jonas he even ignored his friends.

Even his teacher tried to reach out to him after he saw him staring into space, but the young man insisted that he was fine and didn’t need to talk.

Back at home, he and Billy hatched a plan to speak more Sepedi to “confuse the enemy” and give them more time to speak in peace without Sis Ouma trying to figure out what they were saying.

It helped the brothers bond, but Sis Ouma was not impressed.

Over on social media, fans were heartbroken by the brothers' struggles and flooded TLs with messages and memes sharing their thoughts on the situation.

#SkeemSaam When i grow up i wanna be like Billy Shivambu...kena le wena pic.twitter.com/4vXb9UzGRQ

Guys Koloi gets me all teary... Eish death is something else 💔😢💔😢#SkeemSaam pic.twitter.com/uWktJXvHru

I donno how it feels but I can clearly feel for koloi #SkeemSaam pic.twitter.com/DPdJnUGYp9

'Skeem Saam’s' Koloi: People give me sympathy when I walk around

Koloi is seeing flames now that he is all alone after the death of his mother.
TshisaLIVE
2 years ago

IN MEMES | Can someone please teach Marothi how to wear a towel?

IN MEMES | Is MaNtuli really gone? 'Skeem Saam' fans refuse to believe it

Could it be that MaNtuli ka iOne is really dead?
TshisaLIVE
2 years ago

#SkeemSaam When i grow up i wanna be like Billy Shivambu...kena le wena pic.twitter.com/4vXb9UzGRQ