Shimza says his relationship with Black Coffee is 'a bit shaky'

Image: Supplied Shimza says he has tried to contact Black Coffee to find out what is wrong, but hasn't had any luck.

DJ Shimza has lifted the lid on his relationship with his former mentor and record label boss, Black Coffee, admitting they hardly speak.

He left Soulistic two years later amid reports claiming Black Coffee was “playing dirty” and frustrating Shimza's progress. Talking recently about his exit to MacG, Shimza said the decision was for his own growth.

Shimza echoed Black Coffee's denial that Soulistic signed young and upcoming artists they see as his direct threat in order to frustrate the growth of their careers.

He said Black Coffee was pushing South African music to the next level, but the pair don't speak.

"He never does that. I think it is because of the relationship we have. It is a bit shaky. He doesn't book me for his stuff and they are trying to make it difficult for me to book him. He is a bit expensive, obviously. I appreciate that."

Shimza claimed he had tried to reach out to find out what had caused the rift, but now just greets the star when he sees him.

"At some point I was, like, if the relationship is not working, then that is cool. Let's meet and greet each other. I put in a lot of effort to try to reach out and find out what the problem is. When someone is like, 'Dude, f*ck off', I am like, 'Cool. I have done my part'. At least you know I tried to mend stuff." 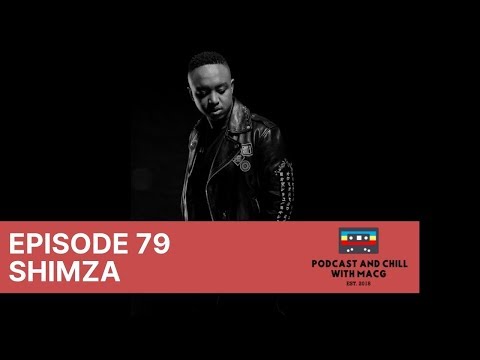 Black Coffee has not responded to Shimza's comments. He did pay tribute to Shimza, and his decision to donate school shoes to underprivileged children, in a social media post shortly after reports of their alleged "beef" first surfaced.

This is What happens when you allow God to you use you for the Greater good.......Well Done @Shimza_dj....Only those who Believe make it this Far.....keep changing the World #onemanshow #onemantouchingmillionsouls #Repost @shimza_dj with @repostapp. ・・・ Wish I could deliver these myself, work commitments and travel got me missing out on things that make me proud of what my One Man Show does for my community. Thank you for buying tickets to my show, someone will have new shoes for school this year. Thank you to the City Of Ekurhuleni for the contribution, next year we go for #1500SchoolShoes 🙏🏽🙏🏽🙏🏽🙏🏽 #OMS2015 ❤️👞

Speaking on social media in 2016, Black Coffee said he had put many artists on the map and was not here for the drama.

"I've helped so many realise their dreams in music. Not because I'm the greatest, but because it was God's will. It's quite sad that I've lost people I considered friends because they couldn't speak out the truth."