IN MEMES| 'Mabaso is winning the cheating award': Fans go crazy over 'Uyajola' 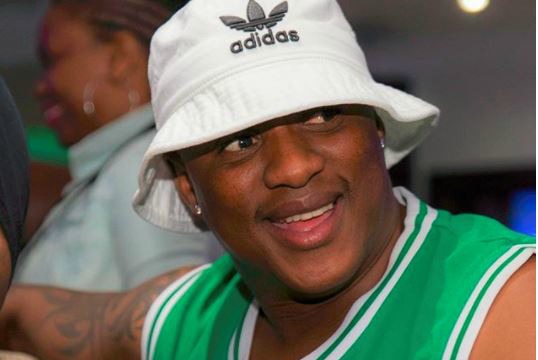 The episode saw Mabaso, who was caught “cheating”, reveal he is still in love with his girlfriend, Dudu. But malume is not ready to settle down and wants an open relationship.

It all started when Dudu claimed that Mabaso had been cheating on her, which led her to request help from Jub Jub and the team.

When confronted, Mabaso admitted to having another girlfriend, but claimed he loved them equally.

Seemingly apologetic for his “infidelity”, Mabaso explained that even though he loved his girlfriend, he couldn't live under the same roof as her because he wanted to be in an open relationship.

While viewers had mixed opinions about the episode, many felt Dudu knew her boyfriend's character and shouldn't receive sympathy for wanting to be with him.

Every time they look at Jub Jub's tablet 😂😂#Uyajola99 pic.twitter.com/YzB6idMlmu

#Uyajola99
I need a Xhosa woman in my life pic.twitter.com/inzFxcqhXC

#Uyajola99 drama is about to take plcace now, Jub Jub is here pic.twitter.com/aMAFVbtuTh

But Mabaso is winning the Cheating Award #Uyajola99

How I watch #Uyajola99 . The drama pic.twitter.com/Rjs1a3Gt8k

Mabaso is Samson, can't be touched by a woman because it will weaken his powers. What a nonsense is this ? #Uyajola99

Mabaso.
The man🙌🏿
The myth 🙌🏿
The Legend 🙌🏿#Uyajola99 pic.twitter.com/KlutjCKr7S

Xhosa ladies don’t give up on their men. There’s no break up in Xhosa nation. #Uyajola99 pic.twitter.com/6HIodjBhSF

The things Mabaso used to get rid of the tokoloshe don't allow him to be touched by a woman😂😂😂#Uyajola99 pic.twitter.com/BCviMdoUyU

This side chick is tall hey #Uyajola99 pic.twitter.com/o8kGdneXbo

Lol! Malinga says he may have to use Papgeld to go after Jub Jub if he doesn't stop exposing cheaters!
TshisaLIVE
2 years ago

Jub Jub's Uyajola has landed & here's everything you need to know