IN MEMES | 'Can we please chip in and buy Amo a ticket back to the US?' 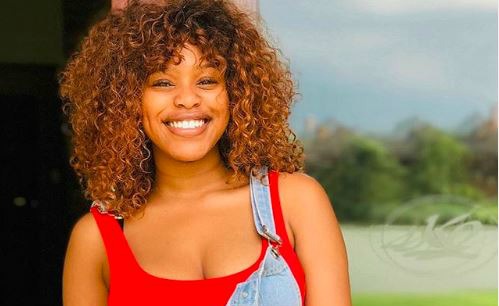 The Queen viewers are gatvol of the "arrogant" and "self-righteous" Amogelang and want to book her the first flight back to America.

Amo came back to SA after her father, Jerry, was diagnosed with prostate cancer. Since then she's been a pain in Vee's neck.

Believing that she has the right to do anything regarding her father's livelihood, Amo has in the past been seen convincing a vulnerable Jerry to head back with her to America to live happily ever after with his former bae, Joy.

Unfortunately for Amo, things didn't go according to plan as Jerry regained his memory and decided to stay in Tembisa with his wife, Vee.

This has since made Amo become more offish towards Vee as she is seen competing for the "woman of the house" role.

Thinking she was preparing a hearty meal, Vee noticed that Amo was cooking a rather unhealthy meal for Jerry and Thato and suggested that she cooks something else.

This did not sit well with Amo who immediately replied to Vee that a piece of chicken wouldn't kill Jerry. Vee then returned with a fiery line and said, "Well, let's not try to find out."

This catfight ended with Vee having the upper hand as she told Amo that no one was going to have fried chicken in the house. Of course, she can set the rules seeing that she's the woman of the house!

While both women have Jerry's best interest at heart, this recent feud has since driven a wedge between them and viewers don't know how this will end.

Some have, however, had enough of Amo and are willing to buy her a ticket back to the US

Here is what tweeps had to say:

On a serious note.. when is Amo leaving 😏#TheQueenMzansi pic.twitter.com/n0LE49Jfim

Am I the only one who's annoyed by Amo's attitude towards Vee🤕?? #TheQueenMzansi pic.twitter.com/ahBxKP4gCw

#TheQueenMzansi since we all don't like Amo let's donate some cash and buy her a ticket pic.twitter.com/pMNVsjh8C8

A stepdaughter like Amo yoooh she is too much#TheQueenMzansi pic.twitter.com/qkrlrc6F8p

When is the first flight to NY? Amo yena🙌🏾#TheQueenMzansi pic.twitter.com/tFJOhE7pqI

Moral of the story: Don't go into business with friends
TshisaLIVE
2 years ago

IN MEMES| 'Mabaso is winning the cheating award': Fans go crazy over 'Uyajola'

'The problem is, they don't want to share me'
TshisaLIVE
2 years ago

Eh! Is this Romeo running away from his responsibilities?
TshisaLIVE
2 years ago

IN MEMES | 'Robocop is back': 'The Queen's' Jay is gone, fans happy to see Jerry return

Out with that Jay, in with our beloved Jerry Maake!!
TshisaLIVE
2 years ago