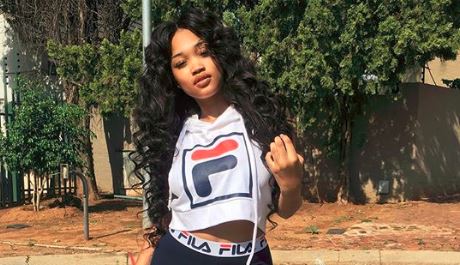 Nicole Nyaba has a dope song out!
Image: Via Instagram

Nicole Nyaba is out of "hiding" and living it up "Hollywood" style after seemingly going MIA for a young minute.

Okay! She's not living in the real Hollywood but the track she's featured in says so, and she's posted it on Instagram.

The video showed Nicole jammin' to her feature song, Out & In, by rapper, Southside Mohammed.

Just months ago, Nicole released a statement that explained that her absence was because she was tied to her music.

In the statement, she apologised for not addressing questions sooner and explained that she hasn't hosted parties or events since February.

"I had spoken to my previous manager about taking a break in March and eventually I quit later. I've decided to be an artist and separate myself from hosting gigs because I believe in giving my all to whatever I choose," she said.

She previously explained that she was interested in music, although at the time she didn't commit to leaving the club hosting life.

Nicole is looking forward to the next chapter in her life!
TshisaLIVE
2 years ago

Nicole Nyaba: I forgive SA for being hostile towards me

Nicole got a fake account shut down.
TshisaLIVE
2 years ago

Nicole Nyaba: I'm not one to make stupid & dumb statements

Nicole Nyaba has better things to do with her time.
TshisaLIVE
2 years ago