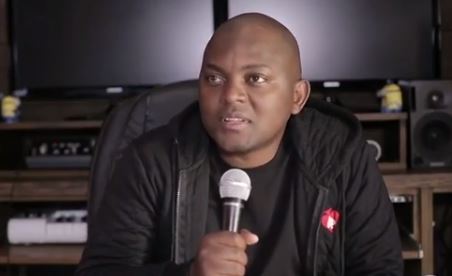 There has been a somber mood in these social media streets lately as the country is in a state of panic over the number of women and children being reported missing, raped or murdered.

While women have come out using the hashtag #AmINext to voice their fears of probably losing their lives at the hands of men, male celebs have added their opinions and condemned the pandemic.

To show his support for the #MenAreTrash movement, DJ Euphonik took to Twitter to say: "We are trash."

Although he didn't go into much detail in the tweet, his ex-girlfriend Bonang Matheba clapped back at the tweet using the word "nonke" which Euphonik came up with a few years ago. It refers to negative people on Twitter.

The TV personality dated Euphonik a few years ago and after they broke up, she alleged that he physically abused her. The charges were later dropped.

Euphonik hit back at Queen B's reply in a tweet that has since been deleted.

"Haha! Slam dunk! I forgot you're not normal. This is a crisis. It is not an opportunity to seek relevance or to trend. All men are trash! Sonke! Anyways, good hanging with you the entire time you were in Ibiza this weekend. Come again soon."

Euphonik's response did not sit well with tweeps as they came out in B's defence.

Fuck him @euphonik & all men with tweets like this, they don’t help!! What are you doing with your brothers ... what programs have you implemented to right your wrongs. We don’t need your tweets! We need your action!!!! #AmINext #AmINextPROTEST we are fucking living in fear pic.twitter.com/0COWslNydG

I’ll say this again. The way Euphonik responds to Bonang each time is the proof you need that he was and is still abusive towards her. 🚩🚩🚩🚩🚩🚩🚩

He patronizes her. I've dealt with such a man before, uses sarcasm and insults to belittle you coz deep in his heart he knows you're bigger than him. 💅

If Euphonik truly believed he was trash for anything of that sort - He wouldn't have responded this way to Bonang.
That's why I don't take these men serious when they utter gore they're trash.
The proof is in the pudding (actions). pic.twitter.com/Ob3NRP4ww3

Euphonik keeps on exposing himself.

He tries so hard to invalidate bonang by calling her hlanyo and crazy. That is what abusers does. They make their victims look crazy and he had to add the ibiza issue as well...

This is the greatest thing ive seen on twitter all week.

Remember when Euphonik laid his hands on Queen B. And now he comes with this tweet, and Bonang uses his own slogan “Nonke” against him! I stan!!!!! 😭🔥🔥 pic.twitter.com/fllOfsTjGW

Julius Malema agrees with Bonang: 'No one owes you anything'

EFF leader Julius Malema has shared a video of media personality Bonang Matheba in which she's saying people must not expect to have things done for ...
Lifestyle
1 year ago

Oops! You got catfished and Bonang doesn't care
TshisaLIVE
1 year ago

8 responses to rumours ‘Bonang is dating a Major League twin’, including her own

What happened to drinking water and minding our own damn business?
TshisaLIVE
1 year ago