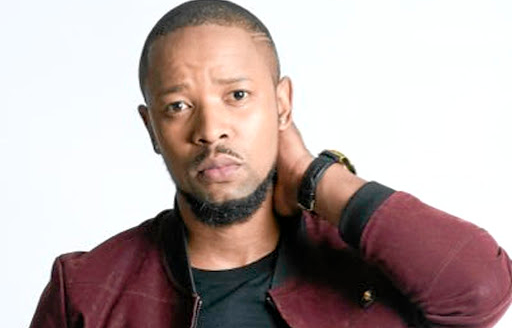 SK Khoza's plays the character of Shaka on 'The Queen'.
Image: Supplied

Fans have rallied around in support of Shaka Khoza who wants to honour the memory of his late aunt by leaving his stepmother Harriet Khoza alone.

Tuesday night's episode saw Shaka have a discussion with his mother Zodwa and uncle Brutus as he tried to convince them not to plot against their rival, Harriet.

This was in honour of his late aunt, Mam' Bongi, who was shot dead after hectic riots and looting in the streets of Tembisa.

The "Kaizer Chiefs supporter" as dubbed by Brutus was not making sense as his mother and uncle were not here for his "love and peace" attitude.

"I want Harriet in the grave. That's all!" Brutus said in anger.

Sharing the same sentiments, Zodwa expressed that she wanted to put her hands and be "down" with her.

Shaka, however, believed that there was no need for all of that and encouraged that they focus on pushing their "business" seeing that they were starting to make real money.

This episode sparked a great reaction from viewers who took to social media siding with Shaka.

#TheQueenMzansi Brutus's analogy about Shaka being about Love and Peace was funny indeed lol wow!

Harriet Must Get to KZN and Finish Brutus and Shaka #TheQueenMzansi pic.twitter.com/DyWFcZaVV0

Here's the performance that had people stanning hard.
TshisaLIVE
2 years ago