Sho Madjozi applauded for views of xenophobia, crime: 'We're unprotected by the leaders we have chosen' 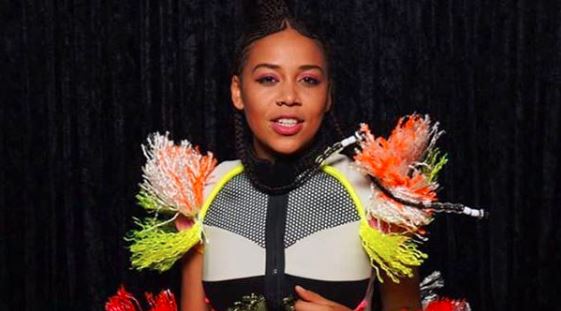 Sho Madjozi has been applauded by fans.
Image: Instagram/Sho Madjozi

As the xenophobic attacks in Gauteng continues to make headlines across the world, Sho Madjozi's views of the situation has been applauded by fans on social media.

Sho added her voice to the ongoing debate and outrage that has gripped the continent following a spate of attacks in Joburg's CBD.

The John Cena hitmaker started off her lengthy thread by giving her explanation of why there were "bad leaders".

"We get dishonest leaders because we want things to be black and white and the truth very seldom is," she tweeted.

Sho added that people needed to be more "nuanced" and accept that some things can be "partially true".

But good leaders are not successful because we don’t want the nuanced, complex and multidemnisonal truth. It’s not neat and easy to consume or attack. This is why we either get inactive leaders or populists.

Sho went on to add that the truth is complicated and that more than one thing can be true at the same time.

"The truth is complicated. More than one thing can be true at once. But that's not what we want. Right now you can't say crime is rampant in the CBD without being called xenophobic and you can't say stop xenophobia without seeming to condone that crime."

But I think denying that foreign nationals are responsible for a lot of the crime in certain areas fuels the anger of people who witness this daily. It makes them feel they have no choice but to act on it themselves.

At the same time, allowing South Africans to believe that other Africans are responsible for most or all of the crime here is just false and also feeds into violence.

Sho believes that good leaders should acknowledge what both sides are saying and this way everyone would feel heard.

"Good leaders would acknowledge the truth in what each side is saying and weed out the untruth. And everyone would feel heard. But we don't have time for that. We want to hear that these people are bad and these other people are good. In the order we choose."

Im just sad that Africans from other countries are mad at us. Law-abiding SAns don’t feel safe here either. No normal person can be happy that this is happening. Who is safe when violence erupts? Who wants to live in a city on fire?

Most people would much rather have a peaceful, happy and safe place to live. But people are disenfranchised and poor and we are all unprotected by the leaders we have chosen. And that is the tea.

Zola rubbishes health scare claims: Tell my people I 'died' and woke up

Friends were apparently fearing the worst.
TshisaLIVE
2 years ago