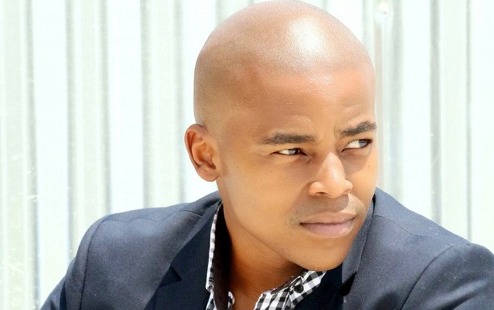 Kagiso was left temporarily blind after a bomb planted by Shaka and Brutus exploded while he was in Harriet's car.

While the bomb was meant for his mother, Kagiso went through a wave of emotions when he had to live life as a blind man.

For weeks he tried to convince his mother that they needed to "get revenge" and give Shaka and Brutus what they deserved, but Harriet was on that "peace and not war" tip.

It didn't sit well with Kagiso who felt that he wasn't being heard and resorted to planning an act of revenge on his own.

The plot thickened when Kagiso hid the fact that he had regained his eyesight to his mother, who he believes might stop his plan.

The cringe-worthy episode showed Kagiso booking a warehouse for the week, leaving viewers wondering what his plans are.

Tweeps couldn't handle what's about to come and flooded social media with reaction to the drama.

Here's what they had to say:

Kagiso is really showing us that quiet people are dangerous. Kagiso is a good and quiet person... Such people do not wanna be angered really. Batlao bolaya nyaa bare tuu. 🤞🤞#TheQueenMzansi pic.twitter.com/nSBZUZXeCe

Somebody needs to catch Kagiso #TheQueenMzansi

Kagiso on a mission silently so #TheQueenMzansi

WishI could see what Kagiso was texting, but my eyes can only see so far. #TheQueenMzansi pic.twitter.com/fA3hRWSLI7

So Kagiso is pretending to be blind? Hehehe mara this one #TheQueenMzansi

Kagiso what are you up too??...vele🤔🤔#TheQueenMzansi

#TheQueenMzansi Brutus and Shaka be careful Kagiso is coming for you

Shaka is all about love, peace and harmony.
TshisaLIVE
2 years ago

Here's the performance that had people stanning hard.
TshisaLIVE
2 years ago