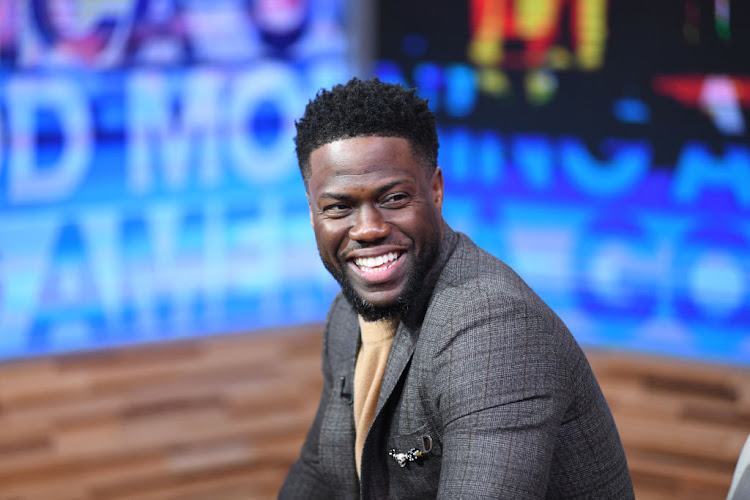 Just days after praying for Kevin Hart following a horror car crash, fans have accused the comedian of "bringing-doubt" to rapper Lil Nas X's decision to come out about being gay.

The exchange between Lil Nas X and Kevin took place in a conversation on HBO's The Shop Uninterrupted which is an unscripted series that highlights the open conversations that happen in a barbershop.

In a segment from the show, Kevin seemed confused when the Old Town Road rapper tried to explain the backstory behind the decision to come out.

Kevin interjected while CJ McCollum was speaking to say, "He said he was gay? So what?"

Lil Nas X calmly responded by saying, "It's not like I was being forced. It's just like knowing growing up, I'm growing up to hate this s**t. I'm not supposed ..."

Before he could complete his statement, Kevin interrupted again and asked, "Hate what? Why? Why are you growing up to hate?"

Lil Nas X then explained that the hate was towards homosexuality.

"Come on now, if you're really from the hood you know," Lil Nas X expressed.

.@lilnasx speaks the truth about his choice to come out while at the top. More of The Shop on @HBO now! pic.twitter.com/wETNaPUU5t

Lil Nas X was praised for the way he handled the conversation, while many slammed Kevin for his attitude.

The accusations ranged from being judgmental to homophobic.

This is not the first time Kevin faced homophobic backlash. He had to step down from hosting the Oscars in 2018 after homophobic tweets that he'd made years earlier resurfaced.

Here is what people had to say about the scene:

Kevin Hart the homophobe who made jokes about beating the gay out of his child is surprised that black people are... homophobic? The gaslighting, the theatrics. So fucking insincere https://t.co/hhUkFkxLaD

Kevin Hart is the perfect example of having to be careful about what you tweet, the man lost out on hosting the 2019 Oscars cause of his homophobic tweets from 2012.

ugh the utter violence and gaslighting in that video. am so mad at Kevin Hart tbh that was uncalled for. and you are right they are intent on stroking their egos and power tripping over Lil Nas. Zero empathy.

Right? Like did you hear Kevin Hart?? Like he continues to be so ignorant of what Black Gay men go through. Especially in hood communities.

Kevin Hart expected to make 'a full recovery' after accident

It seemed all those prayers worked.
TshisaLIVE
2 years ago

According to reports, Kevin's driver lost control and the vehicle veered off the road and rolled down an embankment, leaving two of the three people ...
TshisaLIVE
2 years ago

'The Upside' will show another level to my acting talent, says Kevin Hart

Kevin Hart and Bryan Cranston have great odd-couple chemistry in 'The Upside', an American remake of the 2011 French comedy drama, 'The Intouchables'.
Lifestyle
2 years ago