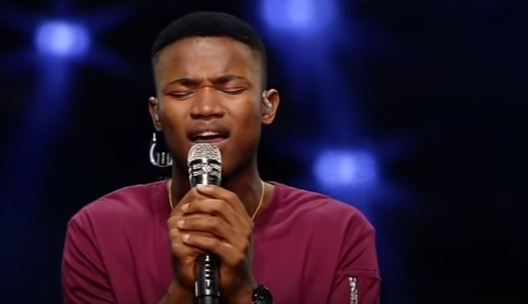 As Mzansi mourns the death of young singer and Idols SA runner-up Thami Shobede, fans and friends have reflected on his life and career.

The star died at Kalafong Hospital in Pretoria on Thursday morning, with Gallo Records confirming his death in a statement.

"It came to our attention this morning that he was in hospital suffering from an illness and complications. His family went to see him in Atteridgeville hospital, where he passed away sometime just before noon this morning," general manager at Gallo Records, Robert Cowling, told Sowetan.

No other details were available at the time of issuing the statement.

The star's death sent shock waves across the country and led to a flood of tributes to him on social media.

The star won over fans with his performances on Idols SA in 2016 soon after which he released his debut album titled Never Lost.

His debut single Sthandwa was praised by fans and music critics across the country.

For many of his fans, Thami will always be remembered for his electrifying performances.

Here are just five that we will always remember:

A video of a fresher-faced Thami auditioning for Idols SA was shared to YouTube in 2016 and showed his incredible talent.

THAT TIME HE SANG ED SHEERAN BETTER THAN PROBABLY EVEN ED

Thami cemented his status as a fan favourite on the show when he performed Ed Sheeran's Photograph on the show. His performance will give you goosies.

SINGING IN THE FINAL

He then brought it all with a show-stopping and emotional performance of Justin Bieber's Sorry. A performance that sounds just as good three years later.

MAKING A NAME FOR HIMSELF BEYOND IDOLS SA

Thami then showed his talent performing his hit single Sthandwa on several platforms. A performance on TV show Expresso stands out for the emotion he brought to the song.

WITH HIS OWN FLAVOUR

Thami wasn't scared to be himself and dazzled audiences with a performance on e.tv's The Morning Show dressed in a silver suit.

Thami's Sama nod is just another confirmation that he's not a loser.
TshisaLIVE
4 years ago

It's the month of love and while people are cooking up Valentine's Day ideas, musician Thami Shobede has described his relationship status as ...
TshisaLIVE
4 years ago