LootLove: I made a promise to find my voice 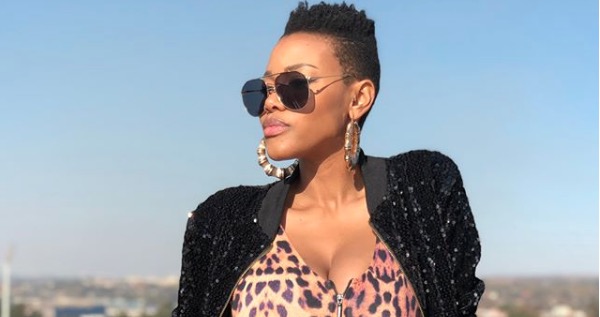 Since turning the big 30, LootLove made a promise to herself not to let toxic cycles repeat themselves.

Loot took to Twitter to say that she made a deal with herself to stop learning the hard way and stop the toxic cycle from repeating itself.

When I turned 30 I made a deal with myself to stop learning the hard way. I promised to LEARN the lesson so the toxic cycle stops repeating itself, I made a promise to find my voice and I promised to stop slowing myself down so those around me can catch up. To GROWTH! 🧚🏽‍♀️

The new mama also explained that she made a promise to find her voice and promised to stop slowing herself down so those around her could catch up.

“To growth,” she emphasised.

In June, Loot spoke to The Sobering podcast about the ugly side of showbiz after losing a R250k deal because she was pregnant.

“I lost a 250k cheque because I was pregnant. That was cold. After revealing to the brand, which I can't mention, that I was expecting, they seemed appreciative of my honesty. However, they told me that they will get back to me in about two days but never did.”

Even though she felt it was a bit unfair she was fine because she assured herself that in future her deals will be multiple. “I told myself that God is gonna give me quadruple. It’s fine.”

Loot broke into the mainstream entertainment industry when she entered and won the SABC 1 Live presenter search competition.

But what most peeps didn't know was that she was recruited by an employee at Kingfisher FM to do a voice-over for the radio station.

She was invited to an orientation at the radio station for two weeks, and towards the end of the orientation a DJ at the station left, leaving an opening for her.

LootLove sends love to women who've spoken out against abuse: We learn from your pain

LootLove shows off her twins and opens up about motherhood

LootLove finally shows us her twins. One word: ADORABLE!
TshisaLIVE
2 years ago

SNAPS | Reason & LootLove are living it up in New York

Reason and Lootlove are loving their quality time together.
TshisaLIVE
2 years ago