Cici opens up about her future at Ambitiouz 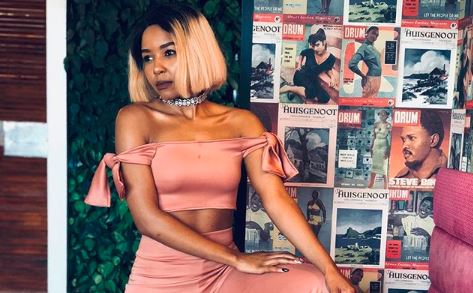 As Ambitiouz Entertainment deals with the departure of rapper Emtee, musician Busisiwe “Cici” Twala has reaffirmed her commitment to the record label.

Cici signed with the controversial company two years ago and told TshisaLIVE this week that she was still incredibly happy at the label.

“Ambitiouz is absolutely amazing. We are preparing to release my next single soon which will be different to what people have heard before.”

She said that despite artists leaving the label over the years, she had full confidence that it was the right place to be in her career at the moment.

“I want to experience this road on my own. I know what I want out of it, what my goals are and why I am there. Being there has been beneficial for me in picking up my career and starting over.”

She said other people's journeys were not her own and she didn't experience some of the hardships others who have left the label detailed.

“I can't define my journey with Ambitiouz by what other people have said or experienced. You can't take another person's failures and adopt them as your own. We are all running our own races and I refuse to run mine based on what happened to someone else.”

Cici was involved in a two-year legal battle after opening an assault charge against her former partner Arthur Mafokate. The Midrand Magistrate's Court acquitted Arthur of the charges last month.

Cici reflected on life after the ruling and said she was now in a better space.

“I am in a different space mentally, physically, emotionally. I am happy, content and in charge of my life, which is a great space to be in. My album is coming out next year.”