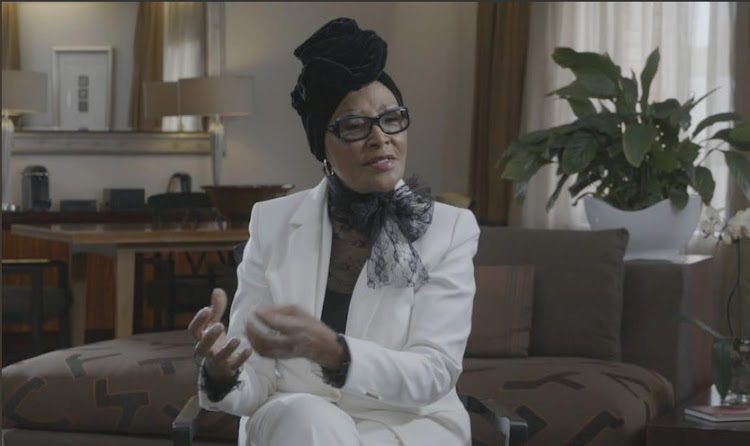 As the Ndlovu Youth Choir prepares to give one of the most important performances of their lives, SA TV veteran Felicia Mabuza-Suttle has carried the nation's best wishes to them in a meeting this week.

Felicia is a massive fan of the group and has promised to do whatever it takes to meet them if they make it through to the America's Got Talent (AGT) final. The group made it through two weeks ago and Felicia took a four-hour flight to meet them.

In a video posted to her Instagram page, Felicia could be seen in what looked like a hotel lobby embracing choir members while others surrounded her and sang.

In a message to the group, Felicia thanked them for sharing the true spirit of ubuntu and said they were already winners in our hearts.

"Congrats Ndlovu Youth Choir Africa! I said that when you make it to the finals, I would bring you some MML - Mzansi motherly love. I kept my promise. Thank you for sharing our true spirit of ubuntu with the world. You are winners already!"

The group will go up against nine other acts in tonight's finale after getting a standing ovation from the judges in the semi-finals for their rendition of Steve Winwood's Higher Love, which was also covered by Whitney Houston.

The group will perform for the last time in the competition tonight and will then wait 24 hours to find out if they had won the competition, when the winner is announced on Thursday morning (SA time).

The group promised something even bigger and better for tonight's performance.

"We're giving everything to take our performance to the next level, the hours of rehearsals are paying off big time. We can't wait to unleash our energy and excitement."

Our @AGT final performance is on Tue 17:00 PST (Wed 02:00AM SA time). We’re giving everything to take our performance to the next level, the hours of rehearsals are paying off big time! We can’t wait to unleash our energy & excitement. #agt 🔥🔥🔥🇿🇦🇺🇸❤️🙌🏾 pic.twitter.com/wAy3VM34IH

They also sent a message to their fans around the world, calling the prestigious TV talent show competition "the best thing that could happen to us".

"How could we ever imagine that we would be here. Being on America's Got Talent is the best thing that could happen to us. Millions believe in us and we give hope to millions more. Dreams do come true," the group said in a video message on the competition's Twitter page.

Something to make South Africa proud again
TshisaLIVE
2 years ago

"Brings back the reconciliation process we endeavored to have on 'The Felicia Show', when we brought black and white South Africans to talk."
TshisaLIVE
2 years ago