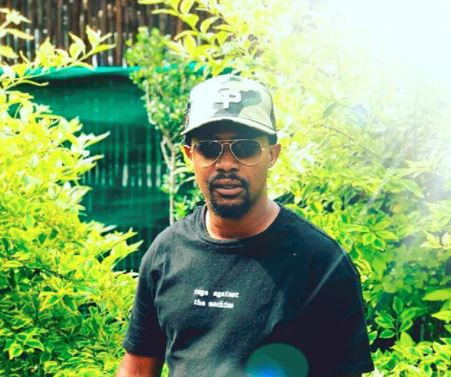 Kagiso Modupe's new movie is a hit.
Image: Via Instagram

Actor Kagiso Modupe's new movie Losing Lerato is a major hit and dominated the box office on the opening weekend.

Kagiso told TshisaLIVE he was overjoyed by the reception to the film.

"Let me be honest with you, it just feels like when you ask the girl you liked in high school and she said yes, just as you turn the corner you're like 'yes', well, it feels like that. I'm very excited and over the moon."

Kagiso explained that the concept of the movie came up when he was on his couch and was inspired by his own father's search for his grandfather.

"Growing up I always knew my dad was searching for his dad. Seeing him eventually find him and witnessing him weep on his grave moved me. We found out that my grandfather knew where my dad and his brothers were but didn't look for them. Hence I came up with the concept of a father's love for his child and how he was willing to do anything to keep his child."

Losing Lerato is a beautifully told action/thriller about a young black man who takes matters into his own hands by kidnapping his daughter after the law and the woman he once loved separate him from her. His actions put him on a collision course with the police and he finds himself in a high-stakes hostage situation.

"Acting in the movie alongside my daughter was amazing. I just realised how big she has gotten and she really played the role very well."

It opened at several cinemas around the country last weekend and Kagiso said he's received rave reviews from people who had watched it so far.

"A woman came up to me and told me that she was denying her baby daddy the right to see their child. She said that after watching the movie, she won't deny him anymore."

Kagiso expressed that he was glad his movie made a difference in people's lives.

Being a huge success, the movie was the number one film at Ster-Kinekor's Mall@Carnival, Sterland, Wonderpark, Rustenburg, Maponya Mall, Newtown Junction, and Festival Mall cinemas, and at Nu Metro's Loch Logan in Bloemfontein, Westgate Mall in Roodepoort, and Mams Mall in Mamelodi, as well as at The Gables in Swaziland - among others.

"Thanks to the more than 13,000 attendances for supporting local movies, four screens will be added this coming weekend, in Welkom, Port Elizabeth, Sandton and Mimosa Mall."

While peeps in Botswana cannot watch the film, people in eSwatini will.
TshisaLIVE
2 years ago

Five years before actor-producer Kagiso Modupe’s father died at the age of 70, the elderly man visited the grave of his own dad for the first time. ...
News
2 years ago