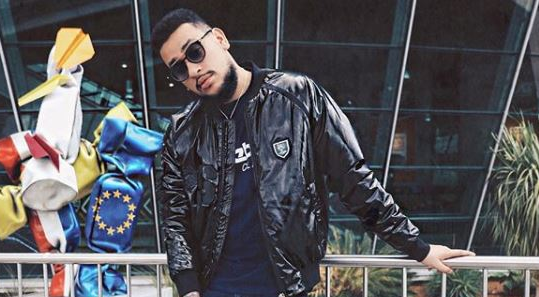 AKA has once again called for peace.
Image: Instagram/ AKA

A few weeks after his tweets about the rivalry between SA and Nigeria sparked a massive Twitter storm, AKA has once again called for calm and said that being proudly South African does not make you anti anything else.

The star was caught up in a heated Twitter exchange with Nigerian artists two weeks ago as xenophobic violence erupted across SA. AKA received death threats and warnings not to visit Nigeria after his comments, but later claimed they were “taken out of context” and his words misrepresented.

While he refused to apologise for his comments, he moved to calm tensions again this week when a Twitter follower sent him an article about a Nigerian man being sentenced to six life sentences and an additional 129 years' imprisonment for human trafficking and related charges in SA.

The follower asked AKA to retweet the article until Nigerian artists Ice Prince, Burna Boy and Tiwa Savage saw it.

AKA responded by saying the man did not represent Nigeria.

He added that some people did not understand that being proudly South African does not mean hating other countries.

“Nah fam, that person doesn’t represent Nigeria. I think people are getting it twisted. We are proudly South African, not anti anything or anyone,” he wrote.

Nah fam, that person doesn’t represent NIGERIA 🇳🇬 ... I think people are getting it twisted. We are PROUDLY SOUTH AFRICAN 🇿🇦 not ANTI anything or anyone. https://t.co/oDloTDzhKu

OPINION | AKA's statement on xenophobic attacks is dangerous -here's why

Rapper AKA is an influencer and therefore needs to be careful with making potentially misleading and dangerous statements on social media.
TshisaLIVE
2 years ago

AKA slams 'woke' celeb xenophobia outrage: You were duped

'We have a disgusting problem with our own self confidence and with violence. What a mess'
TshisaLIVE
2 years ago