'Here's a DIY': Moonchild takes challenge to the next level

'That previous post was just a young cooler, here's a DIY' 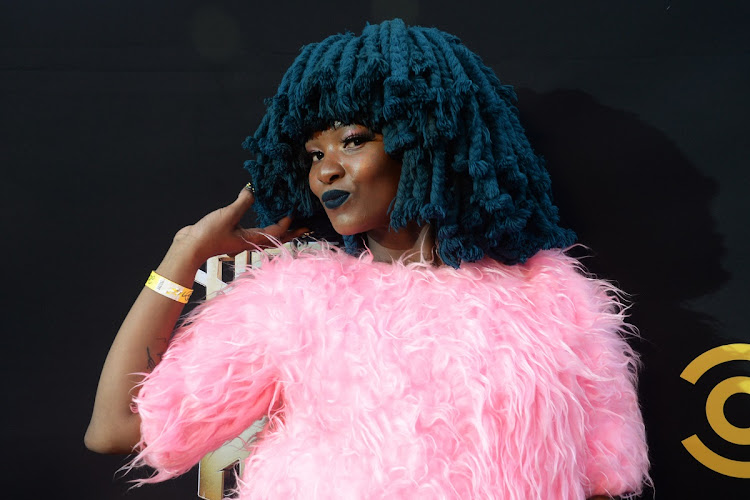 Moonchild Sanelly has shared tips on how to do the #moonchildchallenge.
Image: Gallo Images / Oupa Bopape

Worried you can't participate in the #moonchildchallenge because you don't have anyone to shoot you while you twerk? Don't fret, Moonchild's got you.

Moonchild Sanelly took to Twitter on Monday night and “broke” the internet when she posted a racy video of her “twerking into 2020".

The singer, who's not shy to shake her booty on camera and on stage, got fans talking again when she dropped another video on Thursday night, encouraging women to participate in the challenge.

While most Mzansi women seemed shy to jump at the “risqué” challenge that leaves little to the imagination, Moonchild thought it might be because they were shy to be shot by someone else. She motivated them with a DIY video.

“Hey boobeams, a lot of you have been struggling to participate in the #moonchildchallenge. Don't worry, just get a pot or a bottle or whatever else you can use to lean your phone, put it there and basically twerk and do everything in your life.”

She then showed fans how it is done.

Cava, but DISCLAIMER it's heated in Moonchild's kitchen.

Wanna join the #MoonchildChallenge? Here's how it's done

Many saw it as an exercise in degrading women and applauded women from not participating.
TshisaLIVE
2 years ago

Moonchild has opened up about being raped and sexually harassed.
TshisaLIVE
2 years ago

WATCH | Moonchild's latest booty video: 'My bum is my confidence'

Moonchild stands for everything about sexual liberation.
TshisaLIVE
3 years ago

LOL! Busiswa recounts the moment she knew AKA and Zinhle were a thing