Bokang: The shows created for our black people are stupid and make us look pathetic 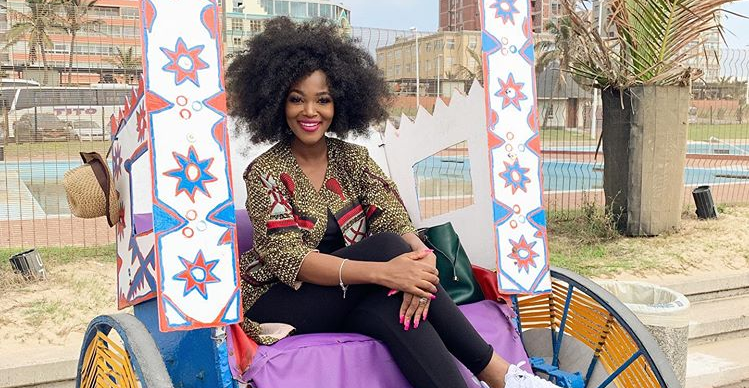 Bokang says local reality TV shows featuring black people do not broaden horizons for black children, and do not inspire them to be great at anything.
Image: Bokang Instagram

Mzansi has been debating the impact of reality shows featuring black people since the success of Moja Love. The channel airs several programs about infidelity, maintenance struggles and conflict on Cheaters and Jerry Springer-like shows.

While these shows are a big hit with fans, especially on social media, Bokang weighed in  and said shows created for black people were “stupid” and “make us look pathetic.”

Tweeting while cheating show Uyajola was at the top of the trends list, Bokang said people needed to understand the ulterior motive behind the content.

“The shows created for our black people are so stupid and make us look so pathetic. I wish people understood how orchestrated all this is: to keep the black child a prisoner, to never broaden their horizon nor inspire them to be great at anything. Black child, wake up.”

She didn't mention Moja Love or Uyajola by name, but one celeb who did was TV and radio personality Scoop Makhathini.

In a discussion with his co-hosts, Ms Cosmo, DJ Speedsta and DJ Vigilante, on their YouTube show POPcast last month, Scoop shared his disapproval about how the black community was represented.

“This all started with LoveBack and My Perfect Wedding,  where people were seen coming out of helicopters with dust everywhere in Hammanskraal. We don't need those kinds of thing. Now we have a channel called Moja Love, where everything has been taken a step lower. Instead of making content that builds the nation, it is dilapidating it.”

Moja Love has hit back at the criticism in the past, with the channel's head of production Bokani Moyo explaining on Metro FM in May that they were just showing the reality of life in South Africa.

“We are showing uncomfortable truths. It is true we live in a time, or society, where households are headed by women and the fathers of these children are nowhere to be found, or are not in the picture for whatever reason.”

Scoop slams Moja Love: Some of their programmes are destroying the nation

Do black people deserve the kind of content Moja Love dishes out?
TshisaLIVE
2 years ago

"We are showing uncomfortable truth."
TshisaLIVE
2 years ago