6ix9ine’s testimony has the internet confessing their sins 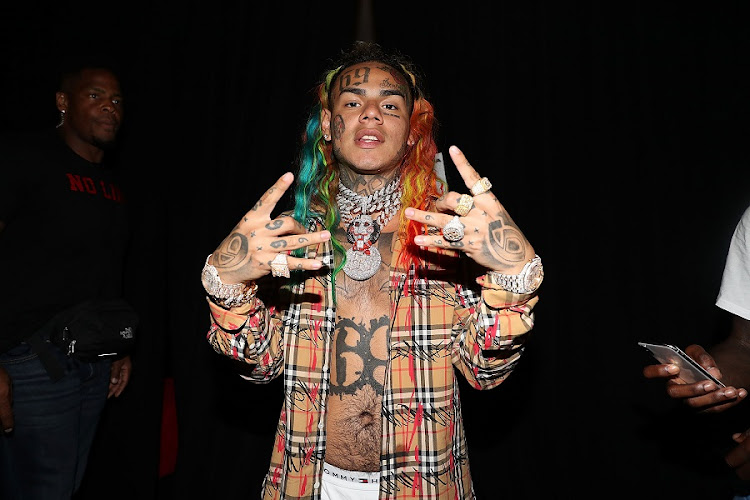 Tekashi 6ix9ine has people feeling all kinds of ways with his testimony and fans think the star is such a “snitch” that they are confessing their sins before he gets to them.

The 23-year-old pleaded guilty to racketeering and firearms charges earlier this year and in a plea bargain with the government turned star witness against two former associates, Aljermiah Mack and Anthony Ellison, who are alleged members of the Nine Trey Bloods gang.

His testimony last week brought several explosive claims, including that several celebs are allegedly part of the gang.

Snoop Dogg called the muso a “s.n.i.t.c.h.” and “a rat and a goon” in a series of Instagram posts, while Vince Staples asked his 1.1 million followers: “Did 69 tell on you?”

Cardi B distanced herself from claims she was part of the gang.

His testimony has been so hectic that local fans joked that they were next. As they filled social media with “confessions”, the phrase “before 6ix9ine” topped the Twitter trends list.

They labelled him “the Agrizzi of hip-hop”.

So 6ix9ine is the Agrizzi of Hip hop? 😂
Its the reason why we have this before6ix9ine trend 🤦🏽‍♀️

The confessions were hilarious and ranged from eating a sibling's food to using google translate for Afrikaans essays.

HERE ARE OUR FAVS:

We stole meat from the pot

Before 6ix9ine sintches on me, yes I've stolen meat from the pot.
Mama askies😭💔

THE TRUTH ABOUT NICKI

SPENDING HERITAGE DAY WITH YOUR EX

Before #6ix9ine snitch on me..yes I did spend my Heritage day watching videos with my ex🏃

I NEVER GET MORE THAN 100 LIKES

Before #6ix9ine snitches on me i never surpass 100 likes or tweets. pic.twitter.com/3vtoYM7wL7

Before 6ix9ine snitches on me, I bit my sisters’s food & took coins from my folks for the arcade store https://t.co/hEwy7gGT5n

Before 6ix9ine snitches on me, I lie to my family about my salary to mitigate the effects of black tax

I CHEATED ON MY AFRIKAANS ESSAYS

Before 6ix9ine snitches on me, yes I've used Google Translate on all my Afrikaans essays.

I HAVE A CRUSH

#Before #6ix9ine snitches I have a crush on my crush!

IT'S ME WITH THE WATER ON THE FLOOR

Before 6ix9ine snitch on me, yes I do pour water on the floor and mop the whole house

Before 6ix9ine snitch on me, Yes i always check who unfollowed me so i can unfollow back. 👀 🤷‍♂️ pic.twitter.com/1jXCg9ru3Z

Here's why fans are convinced Mihlali is dating Lewis Hamilton

Are Mihlali and Lewis a thing or nah?
TshisaLIVE
2 years ago

WATCH | She's just like us! This video of Cardi B eating chicken feet is everything!

Cardi B was doing the most on the 'gram.
TshisaLIVE
2 years ago

Mo and Mome are back on our TV screens and we are SO here for it!
TshisaLIVE
2 years ago