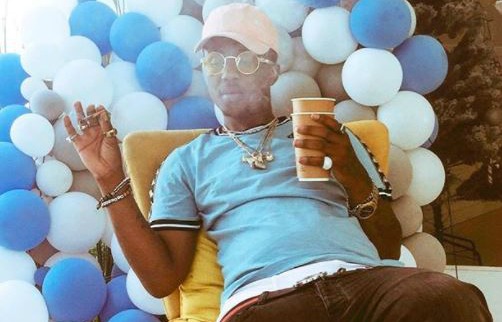 Emtee wants to live his life how he likes.
Image: Via Instagram/Emtee the hustla

Emtee has hit back at critics who laughed at his latest flex on Instagram, telling them to let him live his life how he chooses.

The star got followers in a tizz recently when he posted a snap of himself on Instagram holding money while pulling a zap sign.

Many saw it as a weird flex, one follower joked that he was holding a small amount of money.

Emtee responded by saying he knew the hater was a boxer but he needed to calm down and let other people thrive.

"Lol, ey this is Insta, not the ring or your hood where you are feared. F**king relax, it's not that deep. Why can't y'all let another black man just live life? It's a lite bag champ."

He then told the follower to stop playing with him.

Emtee also responded to other critics who questioned his wisdom in posting with so many notes by telling them to stop hating.

"I won this money in a dice game. Stop hating. Big backwood."

Emtee has been living his best life on social media since leaving his former record label Ambitiouz Entertainment last month.

He has also been focusing on his business and told Slikour recently that he is taking some time to make sure his African Trap Movement (ATM) crew was stable.