Is the new bachelor an actor or nah? This is what we know... 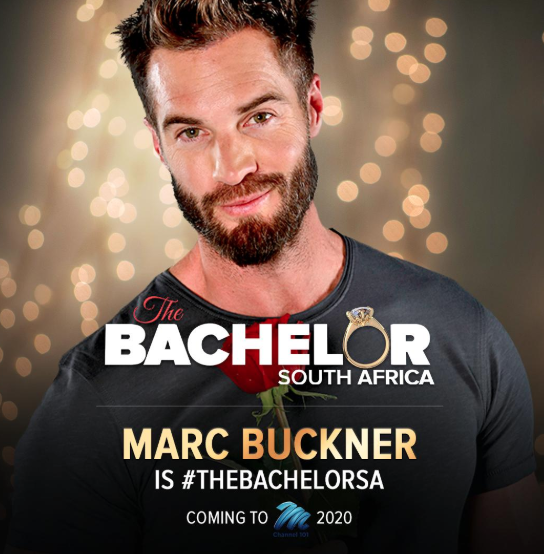 Marc Buckner is being paid but that's to 'allow him to take time off to focus on his quest for love'
Image: Marc Buckner via Twitter

M-Net has denied allegations that the new bachelor for Bachelor SA season two is an “actor” and in a relationship.

TshisaLIVE received an anonymous e-mail alleging that Marc Buckner is a paid actor who was in a relationship with Cape Town-based fitness model Tanya Nadine Gill.

It was also alleged that the pair, who have been dating for nine months, made a public appearance at the Men’s Health Fashion Show before “breaking up” just days ahead of the public announcement that Buckner would appear on the show as the next eligible bachelor “looking for true love”.

Speaking to TshisaLIVE, head of publicity at M-Net Lani Lombard dismissed the allegations as “not true”, adding that the broadcaster carefully selected the Season 2 bachelor.

“People are just spreading rumours. M-Net took great care to select a season two bachelor who is single and looking for true love.

“Marc remained friends with some of the ladies whom he had dated before and being seen mingling with any of them at an event or in public does not mean that they’re in a relationship,” she said.

Lombard maintained that Buckner was single and that some of the previous Bachelor SA contestants were also at the fashion show, “taking selfies” with him.

She confirmed that M-Net does cover “some” of Buckner's expenses, saying : “As per the international format, The Bachelor, M-Net does cover some of Marc’s expenses during the show, to allow him to take time off to focus on his quest for love.

“One of Marc’s biggest concerns, for example, was not seeing his beloved pooch Luna during filming, which we are facilitating as part of his stipend,” she said.

"I am very active on social media and I do notice all the things that are beings said".
TshisaLIVE
2 years ago

Bachelor SA contestant speaks out about bullying after latest episode

The Bachelor SA contestant is determined to stand tall despite the negative comments.
TshisaLIVE
2 years ago
Next Article