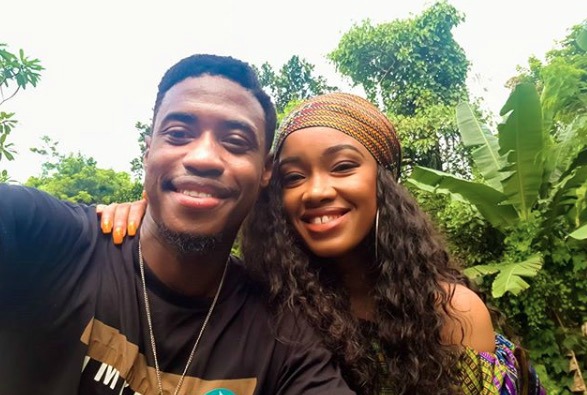 Solo has been busy over the past few months. He got married and dropped a new album, leaving him exhausted.

Solo and Dineo tied the knot two weeks ago at Embassy Hill in Constantia Valley, Cape Town, in a beautiful ceremony attended by close friends and family.

It followed a traditional wedding earlier this year and filming of their wedding special, Kwakhule Kwethu, for 1Magic.

In between all this, Solo dropped a new album, C Plenty Dreams.

Speaking to Metro FM's DJ Speedsta and LootLove recently, he said it had all left him exhausted.

He said it had all come together for the couple this year, but it was not time to rest or let up.

“It is not rest time, definitely. It is just signing your head up to be, like, 'no, don't crash now, now is not the time'. In fact, we might just need to switch gears now.”

In an interview with True Love magazine recently, the pair spoke about their wedding and love story. They also revealed how much time and effort they were put into fulfilling their spiritual calling.

“A message was conveyed to me through a dream, saying we first had to get our ancestors acquainted with each other. This would, in turn, help them coexist peacefully going forward,” Solo told the publication.

SNAPS | 'Love is beautiful': Inside Dineo and Solo’s white wedding

Oh how gorg! This might as well be the wedding of the year!
TshisaLIVE
2 years ago

Dineo is gearing up for her white wedding.
TshisaLIVE
2 years ago