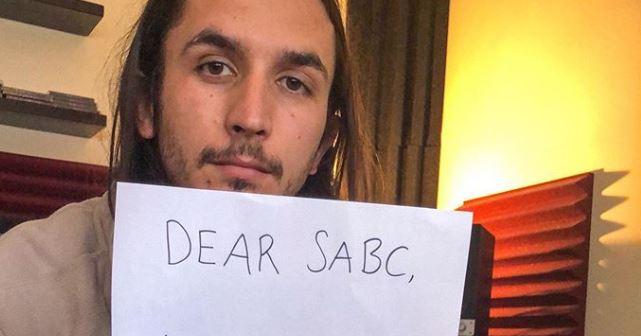 David Scott from The Kiffness has called on the SABC to pay artists R250m in royalties owed to them.
Image: The Kiffness Instagram

Several South African artists, including Parlotones frontman Kahn Morbee and DJ Mark Stent, have called on the SABC to pay R250m in royalties allegedly owed to musicians in the country.

The online petition was started by The Kiffness musician David Scott after the SABC received a R2.1bn bailout from government.

Communications minister Stella Ndabeni-Abrahams announced last Friday that the state would transfer R2.1bn of the R3.2bn it promised the broadcaster - and said the balance will be transferred when the broadcaster meets all the funding preconditions set by the Treasury.

The government is to give the cash-strapped SABC a R2.1bn bailout, but it is only part of what the public broadcaster was promised
Politics
2 years ago

Scott claimed that the SABC has not been paying artists "needletime" royalties and calculated the amount owed to be around R250m.

He previously announced that he was boycotting the broadcaster and refused to let the public broadcaster play any of his music until it starts paying artists. He then started the petition to raise awareness of the issue.

Scott said he aimed to "remind" the SABC that they still owe the following amounts to the various royalty collecting agencies:

"I pay my TV license, though I don’t even watch SABC. But I do it anyway because it’s the law. So now I, along with the South African public, call on the SABC to return the favour by paying their outstanding R250m royalty licenses," he said.

"Private stations do it. Restaurants do it. So should you. To quote you: 'It’s the right thing to do'."

Over 4,200 have already signed the petition, including numerous prominent SA artists.

Morbee added his signature to the petition but did not comment.

"I'm an artist and I deserve to be paid rightly for my music," Stent wrote on the petition.

Singer Tasha Baxter added: "It's the right thing to do."

A response to a written question from a member of parliament has revealed that the SABC owes more than R75-million to local music groups. The DA’s ...
Politics
5 years ago

The Fergusons, Vatiswa Ndara and the money - what you need to know

Veteran actor Vatiswa Ndara on Monday shared an open letter which she wrote to sport, arts and culture minister Nathi Mthethwa about what she alleged ...
TshisaLIVE
2 years ago

The number of South Africans who believe they should be paying for TV licences is on the decline.
News
2 years ago