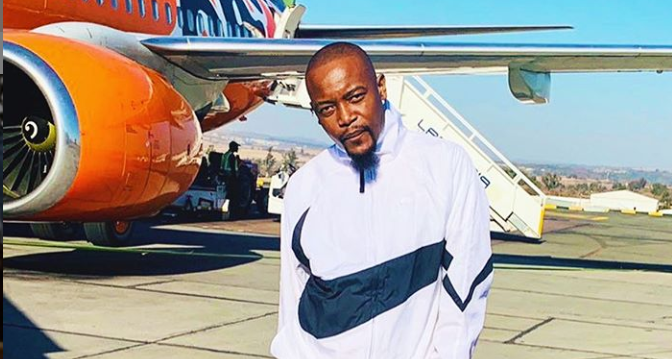 Moshe is the host of 'Uyang'thanda Na'.
Image: Moshe's Instagram

Uyang'thanda Na fans were ready to cancel Tshepo after the dude appeared on the show on Wednesday night to profess his love for Miyolo.

The only issue was that Tshepo already has something going on with his girlfriend Mbali and his crush, Miyolo doesn't know.

The situation was more confusing than the weather in Joburg.

Tshepo was ready to risk it all by confessing his love to Miyolo but the Mbali situation was causing stress.

Things got even more complicated when it emerged that Miyolo seems to already have a bae of her own.

The date was super tense, with dude even bringing flowers to try woo her. One fan tweeted, “Doesn't he know South African women prefer food?”

Fans had their own views on what was happening on the show and soon filled social media with memes and comments about the love triangle (or square).

This is how Mbali is watching this episode 👇 #Uyangthandana pic.twitter.com/IPOcGjQM5m

Is there anyone out there who would like to take me to #UyangthandaNa ANYONE? pic.twitter.com/pe5yYagpLw

This guy just entered my list of heroes... Nigga wasn't ready for this one, but he had been warned 🤣🤣🤣#Uyangithandana #Uyangthandana pic.twitter.com/2ZZDtoUCzq

What is a relationship break? Is it what we do in Dezemba?
TshisaLIVE
3 years ago

Lesson of the day: If she gives you her tens because you promised data, buy the data and buzz off. Thanks.
TshisaLIVE
3 years ago

#Uyangthanda Na | That awkward moment when you are 'brethren zoned'

Talk about new testament love... imagine getting curved with a scripture!
TshisaLIVE
3 years ago