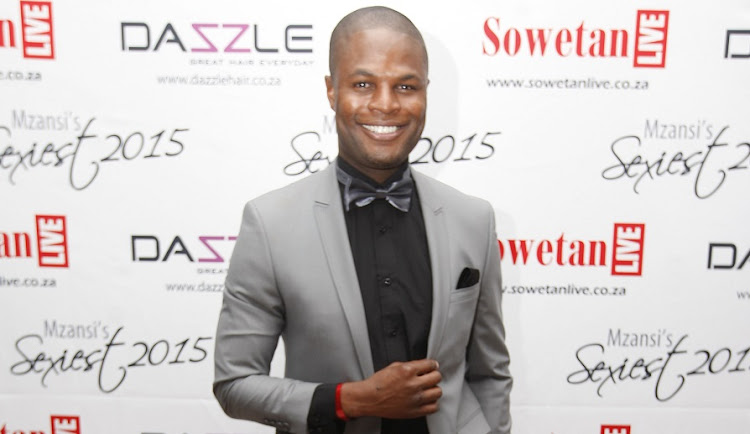 The death of actor Andile Gumbi has sent shock waves across Mzansi, with friends and fans flocking to social media to pay tribute to the young star.

The star died in an Israeli hospital on Friday after suffering a cardiac arrest last week.

Andile was performing in a production called Daniel The Musical in the country at the time, with the production confirming that his wife had flown out to be at his side.

“On behalf of Mrs Gumbi and family, it is with profound sadness that we share the news that our beloved Andile passed away this morning. Andile received the best medical care possible,” a statement from the family read.

The actor was best known for his roles on Isibaya and The Lion King, but also performed in Sarafina alongside Nelisiwe Sibiya.

Speaking to TshisaLIVE, Nelisiwe said she was shocked by the news of Andile's death and  paid tribute to his “incredible heart”.

“We used to drive together after rehearsals. He had an incredible heart. He had done so much but he never made us feel like he was bigger than you. He always inspired me. If I had one more moment with him I would want to thank him for being real and for being my brother,” she said.

Nelisiwe said Andile gave her the courage to pursue her dream of acting after seeing her perform.

“I owe so much to him. He told me that I could do it. It inspired me to go to auditions and to chase my dream. It meant so much to me that someone I looked up to believed in my talent.”

Social media was filled with tributes to the actor, with celebs and fans sharing their heartbreak at the news of his death.

The amazingly talented Andile Gumbi will surely be missed. He did South Africa proud and leaves behind a shining legacy. May he now be the best performer on heaven's stage. #RIPAndileGumbi pic.twitter.com/etX92SXbzN

The dangers of heart attack💔
Such a young person
Rest In Peace brother #RIPAndileGumbi pic.twitter.com/x2f2bleR7s

Adam the first man on earth lived for 930 years, yet for us ,this generation we hardly make it to 40,50...💔💔💔💔 God please extend the days of our lives.for the sake of our kids😭😭#RIPAndileGumbi

Lord have mercy, so its true ..our very own Dark Chocolate. Condolences to his family and friends #RIPAndileGumbi pic.twitter.com/NlbbM6S8B3

The actor's death was confirmed in a statement from Mzansi Magic.
TshisaLIVE
2 years ago

The SA actor was in Israel for a production titled 'Daniel The Musical'.
TshisaLIVE
2 years ago

Stepping into the life of legendary yet troubled boxer, Ezekiel 'King Kong' Dlamini, 60 years after iconic musical King Kong made its debut has been ...
TshisaLIVE
4 years ago