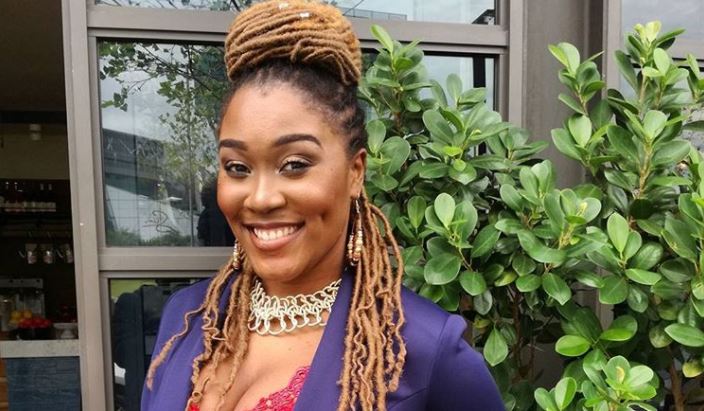 Lady Zamar wrote about her experiences in a lengthy trend.
Image: Via Lady Zamar's Instagram

Lady Zamar has opened up about the hurt she felt after she was allegedly lied to by a partner she later discovered was married.

The Collide hitmaker saw her name on the Twitter trends list on Tuesday after her ex, Sjava, brought his wife out on stage at his One Night With Sjava concert in Pretoria on Sunday.

Snaps of the star's wife were shared on Twitter and led to tweeps tagging Lady Zamar to ask if Sjava was married while the pair were dating.

Lady Zamar was exhausted with all the speculation around her relationship with Sjava and responded to the questions without mentioning his name.

She claimed that she was invited to perform at a concert on Sunday where “the wife was coming” and labelled it disrespectful.

I’m only responding coz I’m exhausted.. I’ve moved on Loooong ago and yerrr I’m still dragged into that messy mans life. What must I do to get you guys to stop with the tags and mentions? ... If I was a normal girl who no one knew I’d be left alone but coz I’m in the public?

Everyone says keep quite, being is quiet is classy, saying nothing is cool.. you know Twitter is a negative place.. that’s the advise I’m getting.. People focus on the music, forget about him, but how can I when y’all make it so hard.. you think I write about him..

She said that she had asked her former partner about his wife and he allegedly told her that he was not married.

“N*gga swears up and down he is not married,” she added.

Zamar said she had been hurt and thought at the time that she loved him.

Some people won’t believe me.. I already know it’s life and I’m not asking for anyone to believe me.. I just want it to end.. the articles, the speculation, the dragging me into stories that don’t concern me.. you guys can criticize me for all these other things

Spent a whole two years fighting within myself.. asking myself how does it happen to me? Me? Yami.. a whole Lady Zamar? How do you become a victim when all you’ve ever wanted was love? How do you survive? How do you piece your life together again.. How do you?

Zamar said she was afraid to speak out in fear of being the topic of conversation on social media and around the kitchen table.

I’ve lived an interesting life, full of its challenges for some I’m grateful and others I’m not but this issue or matter is one that affects just too many women and too many men.. I can’t be afraid to call out a wrong coz of who I am.. publicity comes at a price and that’s that.

I will not be defined by anything negative that happened to me.. I said we dated for two years, let me be clear, it was a span of two years but the time spent together did not account to anything more than a three month tremulous relationship.

She also slammed claims that the pair had broken up because of circumcision and “weird stuff like that” and said it took a long time for her to gather the courage to leave.

I couldn’t leave, coz I couldn’t understand it.. I just felt rage like I’ve never felt, disgust like I’ve never seen.. I knew I was angry but I didn’t know why? He told his friends that I was crazy or I acted crazy coz of the rage in me.. I was in denial so I stayed

Couldn’t tell anyone coz I was ashamed, never confronted my abuser.. Can you believe for 5 months I couldn’t look this person in the eyes coz of sheer fear. But hey it’s over now

We don’t talk and I honestly forgave him coz my gosh I’d die if I didn’t ..

Soon social media was filled with comments about Lady Zamar and Sjava, even though she had urged fans not to speculate about who she was referring to in her tweets.

TshisaLIVE's attempts to reach Sjava for comment were unsuccessful at the time of publishing this article.

The muso's record label, Ambitiouz Entertainment, said they would not comment on Lady Zamar's claims as it was “a private matter”.

“It is a matter between Lady Zamar and Sjava. We will leave them to resolve any issues they may have,” spokesperson Nicolas Manyike said.

The pair confirmed their relationship in April. Sjava posted a picture of them on Twitter, while Lady Zamar told fans that their two-year relationship had ended a month before.

The star told fans last week that she no longer speaks to Sjava.

Lady Zamar: If your partner tells you to keep your relationship private, run

Fans thought she was subbing Sjava.
TshisaLIVE
2 years ago

Lady Zamar took shots at ex-lover Sjava, saying men are to blame for creating broken women all around them.
TshisaLIVE
2 years ago