Rouge claims she's the best female rapper, here's what everyone else says 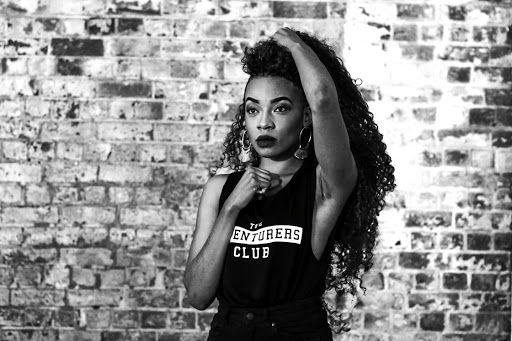 Rapper Rouge had the internet talking and the sis said what she said.
Image: Supplied

Rapper Rouge has caused quite the stir on social media after she proclaimed herself to be the best female in the SA hip-hop game.

It all started when the Mbongo Zaka hitmaker announced that she would be dropping a little something this week that promises to change the game.

As she managed to get fans hyped up, she followed that up by asking them if they would bump the views up to 1 million if she dropped a video that claimed she was “f`***** dope”.

Shortly after, she declared herself the best female currently doing it.

Honestly speaking I'm the best female in the game.

Her statement was well received by many, but as usual, some social media users thought she was reaching.

However, Rouge wasn't there for all the back and forth of who people thought was the best.

“The problem here is that some of yall in the comments think I'm asking. Meantime I'm telling you I'm the best female rapper ... but do keep going,” she said.

The problem here is that some of yall in the comments think I'm asking. Mean time Im telling you I'm the best female rapper...but do keep going. ❤️

Added to that, the good sis backed her claims up with receipts, reminding doubters that she only dropped one song this year and it was still charting, without a video.

MUSIC IS THE ONE THING I WON'T APOLOGIZE FOR. I KNOW WHERE MY STRENGTHS LIE.

SO DAMN FUCKEN STRAIGHT I BODY WHATEVER AND WHOEVER.

I drop 1 song this year 1. I chilled in studio this year, And that's the one STILL CHARTING WITHOUT A VID, my album only dropping next year.

say what you want.

And if you disagree we can go toe to toe.

She went as far as reminding “haters” that they are the ones who also send for her to represent the girls whenever the boys “go toe to toe”, or when they need someone “to perform like a beast”.

“The problem here is we are waiting for someone to tell us we are the best. Sorry, that's not the case here,” she said.

Lol the haters talk like this right now, but then when they need someone to go toe to toe with the boys on a song or to perform like a beast are the same ones begging me to go Rep the girls.

The problem here is we are waiting for someone to tell us we are the best.

Sorry that's not the case here. KNOW IT FOR YOURSELF FIRST....

Ending off her thread, Rouge said it was insane how girls are meant to think less of themselves.

Let a guy say his the best it's not this big of a deal, its expected. But the girls meant to think less of themselves I guess and not believe so.

It's a whole trend that I believe in myself. Insane.

GIRLS DO NOT APOLOGIZE! pic.twitter.com/vVbYmUqWTu

Rouge's comments sparked a massive debate and soon other female rappers were warming their Twitter fingers.

Nadia Nakai sent a shoutout to all female rappers “doing their thing” and included Rouge on the list, a tweet that got artist Gigi Lamayne's approval.

The Bragga star's boss, Cassper Nyovest, urged her to not “feed into rubbish”.

I respect you solely for your hard work and professionalism. Don't feed into rubbish. The proof is in the pudding. I know what im talking about. Love you sis. .@Nadia_nakai

Nomuzi shut down calls from AKA for a “proper beef” between female artists, saying there was only unity in the game.

Indigo Stella was also on that “genuine love” vibe.

I wouldn’t hold my breath waiting for that “female rap beef” guys. For the most part we really got love for one another. And where there is no love, there is respect. If not for the other person atleast for ourselves.

Haven’t painted her toe nails in while but yeah, we still friends friends😅 https://t.co/5nS2zj9KQd

It's not ass kissing if it's genuine love

While Fifi Cooper shared a message from Reason calling for unity in the game.

Who wore it best: Boity vs Rouge

The rappers have worn near identical outfits to some high-profile events.
Lifestyle
2 years ago

Why Rouge has decided to wrap up rap for a while

"A lot of people know me for my rapping, but I was singing before I was rapping'
TshisaLIVE
2 years ago

Rouge is on that Mrs Jidenna trip
TshisaLIVE
2 years ago

Twitter was a mess over Nomuzi Mabena 'car crash', but they also smelt a rat!

But some have questioned the video, claiming it could be part of an arrive alive campaign.
TshisaLIVE
3 years ago