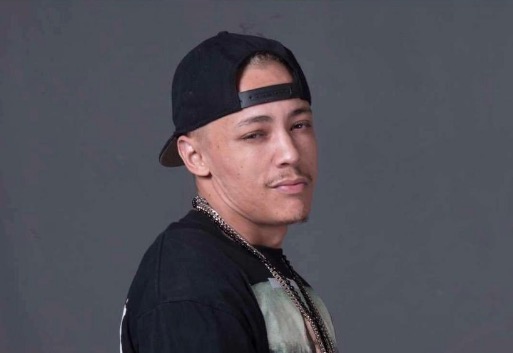 Crazy Lu's brother, Marvin Cohen, a former producer on SABC 1 entertainment show Live Amp, said they were informed of his death at around 3am on Friday morning.

"All we know is that he died at 3am this morning [Friday] from an apparent asthma attack. He's been an asthmatic his whole life. A year ago he fell into a coma from a bad attack," said Marvin.

He added that the family would be traveling to Cambodia on Sunday. Crazy Lu has been living in the East Asia country for the past three years.

Former Jozi member Da L.E.S and other members of the hip-hop community have flooded social media with tributes to Crazy Lu.

REST IN PEACE BROTHER. Very big condolence goes out to the COHEN family. Terribly sorry we couldn’t connect when you were alive. Life’s short 🙏🏾 pic.twitter.com/1c4b74KESb

"Our condolences go out to the family, friends and supporters of Luther “Crazy Lu” Cohen. Thank you for your influence in the SA hip-hop scene. @TheMarvinCohen your #LiveAMP is here for you," the show said on its official Twitter account.

Our condolences go out to the family, friends and supporters of Luther “Crazy Lu” Cohen. Thank you for your influence in the SA hip-hop scene. @TheMarvinCohen your #LiveAMP is here for you🙏🏾 pic.twitter.com/36VEOQ8cXV

R.I.P to our brother and SA hip hop pioneer CRAZY LU. Thank you for all the memories and condolences to the family. We will miss you.🙏🏾❤️ pic.twitter.com/aBA6TyQH0F

REMEMBER WATCHING HIM EVERYDAY ON X ATTITUDE ON SABC. HE WAS LEGIT APART OF MY YOUTH. THEN OFCOURSE THERE'S JOZI.
💔💔💔💔💔#RIPCRAZYLU pic.twitter.com/oiUdgB06NR

The SA Hip Hop industry has lost one of its true soldiers. Crazy Lu was a genius 😔💔🙏🏿Thank you for your beautiful contribution to SA music. We have lost a great artist and mind

Funny how all wanna know what happend to him since hes no more but they never asked where he was while still alive...👉🏽SHOW LOVE TO THEM ALL WHILE THEY STILL ALIVE....#RIP CRAZY LU

R.I.P Crazy Lu.... the realest who believed in his truth not the hype pic.twitter.com/fLOVeTK7jz

The star died in an Israeli hospital two weeks ago after suffering a cardiac arrest last month.
TshisaLIVE
1 year ago

'It affected me. After two days of people calling me, I was taking strain. My body was aching'
TshisaLIVE
1 year ago