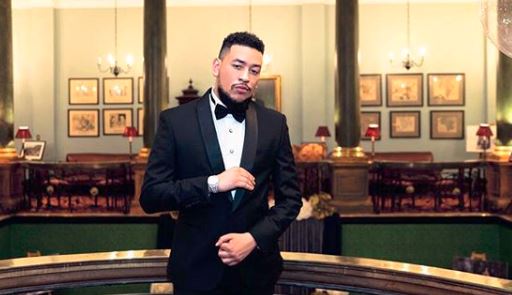 After Mzansi came together to organise a wedding for a couple who got engaged at a KFC outlet, rapper AKA wants the nation to use the same energy to plan a concert for those drowning in student debt.

The fast food outlet sparked a manhunt last week when it shared a video of the proposal on Twitter, and asked residents from the Vaal to help  locate the couple.

In the video, a man is seen kneeling in front of a woman, who seems surprised and overwhelmed. He proudly hands his camera to a patron to capture the beautiful moment.

Celebrities, companies and ordinary citizens pledged donations of money, petrol and drinks for the wedding and the honeymoon.

While several celebs added their support, AKA took to Twitter to suggest the same spirit of unity be used to throw a concert to help alleviate student debt.

“If only brands could come together like this to pay student debt. Seems like they suddenly have money,” he wrote.

He said he would perform free at the concert and was determined to see it through.

If only brands could come together like this to pay student debt. Seems like they suddenly have money.

Yah let’s do it. Let’s Put it together @KFCSA for the students. I’ll perform for free. https://t.co/g9oe0y7ehW

I’m serious. #FeesMUSTFallMegaConcert is my next big project. I’m hyped.

The star went into planning mode and said he would first approach the big brands who offered to help the couple.

He also called on fans to tag brands they believed could donate to the cause.

We already have a list of brands and companies who donated to that couple ... we will be knocking on their doors 🚪 1st.

Come on. Let’s tag all those brands and companies who donated to that lovely couple. I want to do a free concert. All proceeds go to alleviating student debt. @KFCSA

Please please please don’t give me any credit yet. We haven’t done anything. It’s just an idea. I’m gonna need y’all in the coming weeks to help secure donations from these brands.

AKA planned to throw the concert by the end of the year, but after being told school holidays were coming, he said it might take place next year.

Let’s do this thing bro. I’m sure we can get it off the ground. Then we can end the year feeling like we have done something to give back, justifying all we have received in 2019. https://t.co/tGzhHZOahs

If we can’t do it this year, we’ll do it in Jan or Feb when they come back. Might be better timing too. Who knows. https://t.co/oTecYOW8OZ

KFC proposal couple found - and the wedding is gonna be lit!

Meanwhile, several top brands have also pledged donations of money, petrol and drinks for the wedding and honeymoon.
News
2 years ago

A Vaal couple has set social media on fire with their proposal at the restaurant.
News
2 years ago

WATCH | Streetwise 2 and a proposal: KFC wants to find the couple who got engaged at Vaal outlet

KFC is appealing to the public to help it locate a couple who got engaged at its Vaal outlet on Wednesday.
News
2 years ago