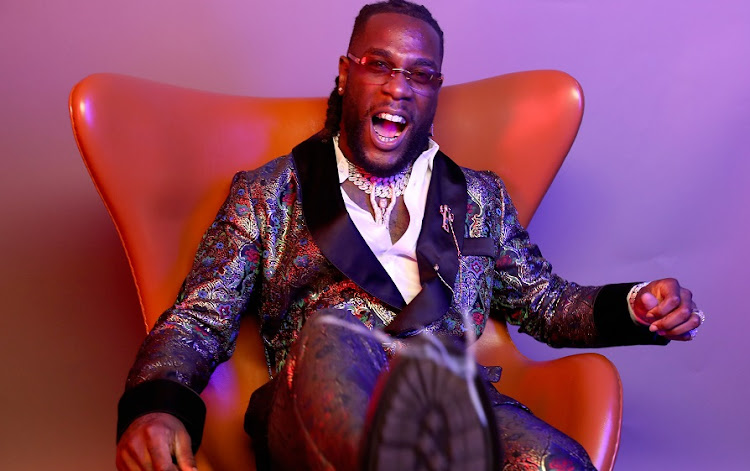 Burna Boy says he has been discriminated against in SA.
Image: Bennett Raglin/Getty Images for BET

Nigerian muso Burna Boy has responded to calls for him to apologise for comments he made about xenophobia being very real in SA.

In a series of tweets in September, Burna Boy urged black foreigners living in SA to defend and protect themselves against xenophobic attacks. In a now deleted tweet, he also told rapper AKA to beef up his security, before giving him the middle finger.

He promised to never set foot in SA again until the government “wakes the f*ck up and  really performs a miracle”. However, a month later, he was announced as part of the Africans Unite line-up to “unify all Africans and speak out against femicide”. It is being held this weekend at the Sun Arena in Pretoria.

While hundreds have called for the show to be cancelled and the artist boycotted until he apologises for his remarks, EFF leader Julius Malema defended the star.

After days of silence on the matter, Burna Boy took to Twitter at the weekend to thank Julius for his support and make it clear he was coming, despite the backlash.

Thank you @Julius_S_Malema Africa must Unite and I am willing to Die for that cause just like you brother. I look forward to meeting you.

Lol. I’m coming and you and anyone against it are gunna have to kill me to stop me. https://t.co/qFilgS9JqF

He said xenophobia was real in SA and that being South African did not make you more important than any other African.

Let’s not act like xenophobia is not real in South Africa, let’s not act like Nigerians, Tanzanians, Zimbabweans and many other AFRICANS have not been victims in the last three years. Please Let us all do our part to Unite Africa.

Being South African does NOT make you more important than any other AFRICAN. https://t.co/3jDdgzPME8

He rubbished claims that he had misled people about the xenophobic attacks and refused to apologise.

“Saying I mislead people? And I made up the Xenophobic attacks and I should apologise. Really? Lol. In 2015, even I was a victim of the misguided hate, so I know. Go and demand apologies from your real enemies. I am not your enemy. I will not be called 'foreigner'. I am African.”

saying I mislead people? And I made up the Xenophobic attacks and I should apologise. Really? Lol. In 2015 Even I was a victim of the misguided hate so I know. Go and demand apologies from your REAL Enemies. I am not your Enemy. I will not be called “foreigner” I am AFRICAN.

please my people, there should never be a South Africa vs Nigeria war or any African country vs African country war Ever. we must unite by any means for the future of our children n their children. I want a united African passport that will be as powerful as the 🇺🇸 passport.

His comments sparked a fresh outcry on social media.

Burna Boy's former bestie, AKA, last week called on the muso to apologise, but said it was time to drop the matter and “move on”

AKA blamed the department of arts, culture and sport for funding the concert and suggested the government had failed its people.

One thing that has been particularly worrying is the silence from my own leadership, especially the department of arts and culture. It truly is up to us, the people, to solve our own problems. I have not been led, I have been left to lead.

To be honest, the department owes YOU an Apology for funding this concert in the first place.

I am NEVER getting involved in Politics ever again. On any level.

The department previously distanced itself from the concert, telling TshisaLIVE that it's logo had been used “erroneously” on posters advertising the event.

The department's spokesperson, Asanda Magaqa, said: “The department wishes to reiterate that it has not allocated or granted any funding to the event in question and any reports to the contrary are entirely false.”

This is not true. We released a statement indicating that we're not funding the concert. https://t.co/XqSNqrqA0B

Analyst Jamie Mighti blasts AKA: If not for Burna Boy, you'd be over by now

Political analyst lambastes AKA, says he is politically illiterate and owes his success to Nigerian rapper Burna Boy.
TshisaLIVE
1 year ago

EFF leader Julius Malema might have poked the beast out of hibernation with his tweets to Burna Boy but he is not fazed.
TshisaLIVE
1 year ago

POLL | Are SA artists justified in refusing to share the stage with Nigeria's Burna Boy?

AKA wants Burna Boy to apologise: You say you're an African giant, prove it