Trevor Noah gets Grammy nod and Mzansi is here for it 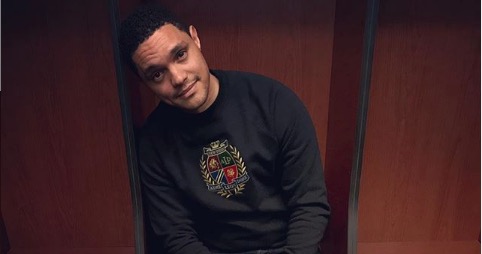 SA's Trevor Noah has scooped a prestigious Grammy nomination and Mzansi is buzzing with joy and excitement.

The comedian and US television host has been nominated for the best comedy album at the 62nd Grammy Awards, set to take place on January 26 in Los Angeles.

The nomination is for an audio recording of Trevor's stand-up special, Trevor Noah: Son of Patricia. He is up against the likes of talk show host Ellen DeGeneres and comedian Dave Chappelle.

The nominations for the annual awards were announced on Wednesday and Trevor expressed his deep gratitude.

“Today I woke up to the news that I’ve been nominated for a Grammy award. A GRAMMY AWARD!!!

“And just when I thought the feeling couldn’t get any better I saw the other names in my category and I almost cried,” he said.

Today I woke up to the news that I’ve been nominated for a Grammy award. A GRAMMY AWARD!!! And just when I thought the feeling couldn’t get any better I saw the other names in my category and I almost cried- Dave Chappelle- my mentor and friend. A legend who pushes me to be funnier every time I’m on stage. Ellen DeGeneres- my watch buddy and talk show/stand up idol. Aziz Ansari- My comedy cellar comrade. Where we would work our ideas every night. Jim Gaffigan- A comedy genius who has made me cry laughing every time I’ve watched him on stage and every time we’ve hung out off stage! What a life I’ve been blessed enough to live. Thank you mom❤️. #grammys #comedy #loudandcleartour #blessed #winning #Mzansi 🇿🇦

Here is a snapshot of the posts.

My dude @Trevornoah also got a Grammy nomination!

Congrats to Burna Boy and Trevor Noah on thier Grammy nominations. #AfricansGaints.

A big Congratulations to @Trevornoah @burnaboy for their noms for #GRAMMYs2020 💯, flying the continent's flag high.
Well deserved, very proud of your achievements #Deceptikonz

Trevor Noah humbled by Grammy nod: What a life I’ve been blessed to live

Trevor is again the toast of Mzansi
TshisaLIVE
2 years ago

Lupita Nyong'o: Trevor makes me laugh on and off stage

Actress Lupita is on cloud nine with Trevor's achievement and she couldn't contain her excitement.
TshisaLIVE
2 years ago

Trevor Noah done and and did that for SA!
TshisaLIVE
2 years ago