Dineo Ranaka: I don’t have to prove myself to anyone 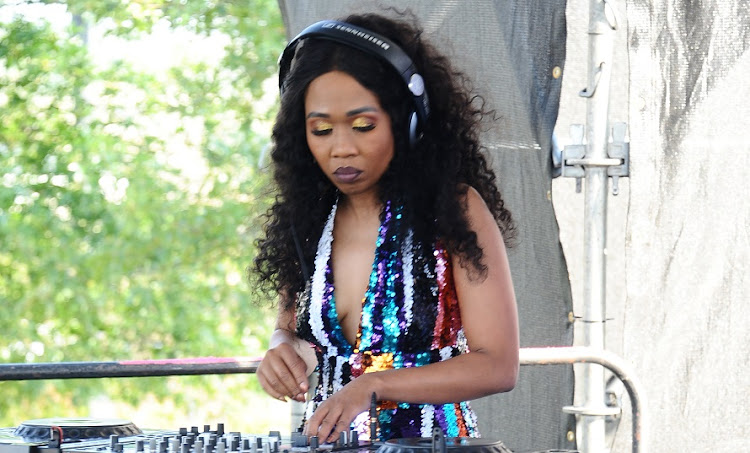 Even though she's only been DJing for about 10 months, she's already a force to be reckoned with, so Dineo Ranaka won't let haters get her down.

The actress and radio star has been pretty busy with gigs since she announced earlier this year that she was pursuing a DJ career.

She recently scored a headline slot at next weekend's annual Cheers Festival, held in Potchefstroom each year to celebrate the community and promote family and culture.

Speaking to TshisaLIVE ahead of the concert, Dineo said she was humbled by her success so far as a DJ.

“I give myself credit that I have done well in less than a year, but I still have a long way to go and I respect so many DJs who have been doing this for years and decades. I have learnt to take it easy on myself. You are learning, you are getting there, you are growing.”

Dineo On Decks is here to stay y'all...
TshisaLIVE
3 years ago

The star's DJing skills have been under the spotlight ever since a video of her behind the decks went viral earlier this year.

She was mocked by social media users, who suggested she should go back to the drawing board or stick to radio presenting.

Dineo said she was not fazed by the hate: “I have no reason to prove myself to anyone. My work speaks for itself. I think it was because I was a new entrant. People will defend themselves and their favourites. I never went out to prove that I can DJ. What I can do, I can do. I don't have to prove what I can do.

“If you are going to focus all your energy on your naysayers, you will become like your naysayers. You will start believing the negativity that they speak of you.”

The pictures sparked a lot of speculation about Dineo.
TshisaLIVE
3 years ago

Dineo Ranaka is now a DJ, whether you like it or not.
TshisaLIVE
3 years ago