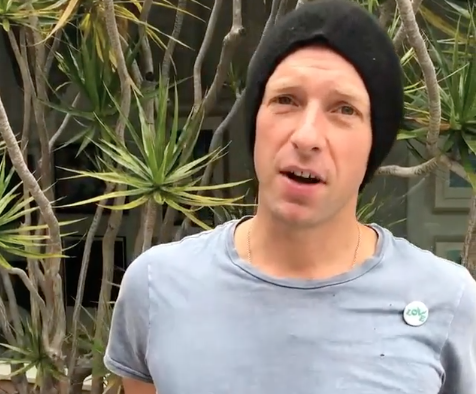 Chris Martin has opened up about his past homophobia and the conflict caused by his feelings on religion.
Image: Coldplay/Instagram

Coldplay frontman Chris Martin has, for the first time, opened up to Rolling Stone about his internal conflicts with religion, learning about sexuality and his homophobic past.

He recounted how he felt out of place in high school, a period which saw him turn to music for comfort. He said during this period, he was told by his school mates that he was gay, and was terrified by this because of societal constructs and religion.

He said religion had taught that being gay is wrong and sinful.

“When I went to high school, I walked a bit funny and I bounced a bit and I was also very homophobic, because I was like, 'if I am gay, then I am completely fu*** for eternity'. I was discovering sexuality, thinking, 'maybe I'm gay, I can't be this', I was terrified.”

Adding to his terror was the fear of God.

“My relationship with God at the time was very much to see him as the man in the sky with a beard, who is nice but quite punitive, which is terrifying for a kid. And then there was this born again side of me, which had some warmth to it. There was a lot of real beautiful stuff and some, terrifying.”

Over the years, he says he's found a way to redefine who God is and what his relationship with “him” means. Chris has two children with his former wife Gwyneth Paltrow, and is dating actress Dakota Johnson, according to Metro UK. According to People, Martin, Paltrow and their son Moses, 13, recently celebrated Johnson's 30th birthday.

Controversial former diplomat and "gay is not OK" columnist Jon Qwelane has scored a surprise victory in the Supreme Court of Appeal, in a ruling ...
News
2 years ago

'Diamonds are gays' best friend' - Somhale ready for round 2

Just two months after their lavish traditional wedding, Somizi and his hubby Mohale are already planning their second wedding.
TshisaLIVE
2 years ago