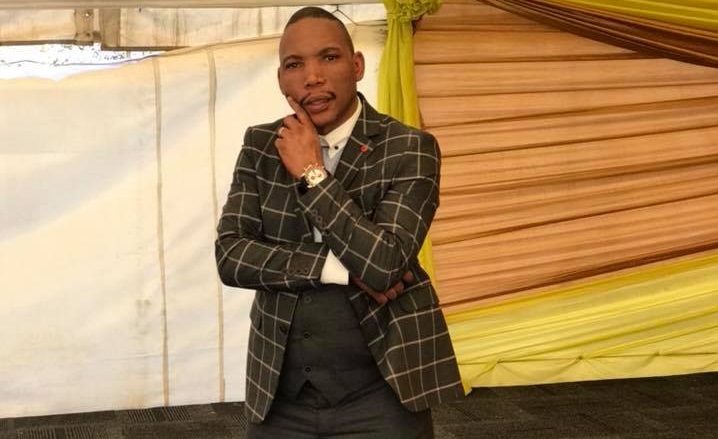 Social media has been flooded with tributes to gospel singer and pastor Neyi Zimu after news of his death on Wednesday.

Neyi was recently admitted to Busamed Hospital in Modderfontein, Gauteng, for treatment of a rare blood disorder that affected his skin.

The news of his death broke on Thursday morning, shocking the country.

In a statement on social media last month, Neyi's wife, Nelizisiwe, said he was undergoing chemotherapy for mycosis fungoides.

Friend and gospel singer Dr Tumi shared his shock and heartbreak at the news on Twitter: “Nothing would have prepared me for that call ... #RIPNeyiZimu. You represented the kingdom so well.

“Thank you for the contribution you have made and how you have touched our lives. Forever loved and your ministry will live on.”

😢💔💔💔 nothing would have prepared me for that call... #RIPNeyiZimu You represented the kingdom so well. Thank you for the contribution you have made and how you have touched our lives. Forever loved and your ministry will live on.

Using #RIPNeyiZimu, people have been sending tributes and sharing that his songs uplifted them when they were down.

I don't care who you are but this song slaps, siletha konke kuwe, Jesu uyinqaba, nqaba yethu... 🕯️🕯️🕯️ One of the best to heal our souls has been called by God but his music and legacy will live on! Sinenqaba enguJesu.. Rest in eternal peace past Neyi Zimu #RIPNeyiZimu pic.twitter.com/YGgV91hkaJ

The Vaal has lost a giant, SA has lost a musical titan, and Gospel has lost a Shepard. But HEAVEN has gained a worship and choir leader. His will rest in power ✊🏾 pic.twitter.com/e7w8Mc3WiG

Where does one start?!! Pastor Neyi Zimu you have left us broken hearted and shattered! Thank you for your powerful ministry, for loving God, his people and giving it your all! Rest, Man Of God, Rest! Jehova Retshepile Wena! #RIPNeyiZimu pic.twitter.com/4vRpmfw6Qh

In 2016, one of the most difficult years in my life, this song kept me going. I played it every single day without fail.

Learning of Pst Neyi Zimu’s passing is shocking and saddening. His ministry in song was so uplifting and healing.

Sad to hear of the passing of Pastor @NeyiZimuMusic . What a great talent; what a gentleman, what a loss. May his anointed music continue to positively impact lives for Christ for generations to come. #RIPNeyiZimu our thoughts and prayers are with the Zimu family. pic.twitter.com/t87wKjPgGk

I'm 💔 by Neyi Zimu's passing. That man blessed us musically & probably got me through some of the hardest times in my life when I listened to his songs. I was blessed enough to even meet him last year & just chat. Death be not proud. Condolences to his family #RIPNeyiZimu 💔😭

#RIPNeyiZimu May His Soul Rest In Peaceful Eternity. ♥️ pic.twitter.com/4MwS7YWmbt

#RIPNeyizimu 💔 I never really get sad when a celebrity dies but your death really touched me Rest in Peace. pic.twitter.com/Yd0RWMDUMO

My heart is in pain, waking up to the saddest news😭Your music knew how to heal souls. Thank you for the wonderful music you’ve shared. Rest In Peace 💔🙏😭 #RIPNeyiZimu

Thank you for the amazing music. Your music helped me get through a very dark period in my life. Thank you 💔💔💔#RIPNeyiZimu pic.twitter.com/1JZR7Qfh5I

Sometimes we shouldn’t question somethings ....Just let God to control everything ...Death be not proud😔😔😔😔#RIPNeyiZimu pic.twitter.com/GbtL25v9p1

"The choice of placing him at Chris Hani Bara was based on the expertise of medical care and treatment that he would receive there. It was not ...
TshisaLIVE
1 year ago