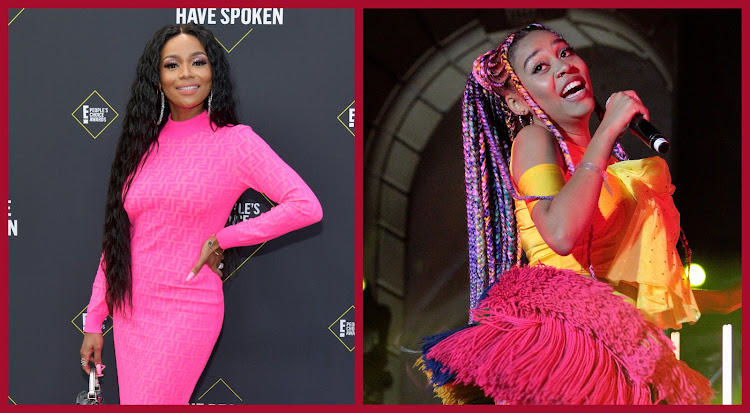 Bonang once again found herself at the centre of a heated social media debate on Thursday when she questioned if Sho Madjozi is actually a rapper.

The star made the comment after Sho was named by a MTV Base judging panel as the second Hottest MC in Mzansi this year.

Bonang was obviously team Anatii and when her fav didn't make the top 10 on the list, she made it clear that it would be better to rip it all up and start over.

Anatii wrote a song for Beyonce. Won an award too. Start again!

When one fan suggested that the producer was not a rapper, Bonang asked if Sho then counted as one.

Sho's “rap” career was the topic around water coolers all week and after clapping back once, sis returned to Twitter with even more receipts.

She described the question about her being a rapper as “corny” and dropped definitions and videos of her skills.

Rap is not a genre. Rap is a verb and it can be done on any beat. Hip hop is a genre. But this is not the Hip Hop list 🤷🏽‍♀️ #BaseHottestMCs

I don’t answer that corny “is Sho Madjozi a rapper” question. I just do my work 🤟🏽 pic.twitter.com/zFpJX6OU1c

This is proof of what I always say. “Hina hi wela hinkwaku.” Don’t ever let anyone tell you where you do or don’t belong! We belong everywhere 💜😘 #BaseHottestMCs https://t.co/N23Tx7Ccfq

But Bonang was still not convinced and told Sho's stans to explain Moonchild and Busiswa then.

She also said there is a big difference between being a rapper act and an MC.

There’s a BIG difference between a RAP ACT & an MC!

It's that time of the year again, when rappers catch feelings
TshisaLIVE
2 years ago

If beauty with brains was a person, it would be Sho Madjozi
TshisaLIVE
2 years ago