'I still believe in love. I love too much so I want to love less and give less' 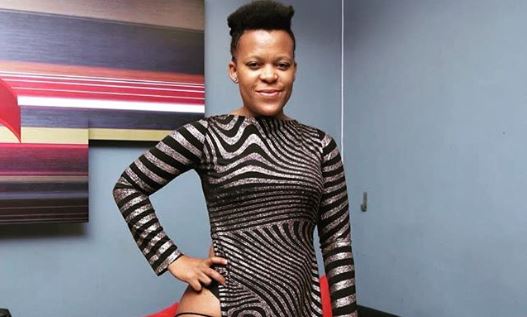 Mzansi's national treasure Zodwa Wabantu's love life made headlines for several reasons including she and long term bae, Ntobeko calling off their wedding.

Zodwa who's no stranger to being a topic of discussion, further cemented her place in the entertainment world when she let fans into her life through her reality show.

Viewers also got to witness the rollercoaster that was her love life.

The couple were supposed to tie the knot but things didn't go according to plan, with Zodwa confirming to  TshisaLIVE that her wedding was off “for good”. She explained that she had broken up with Ntobeko hinting that “fame” may have been at the heart of the issue.

Even though Zodwa and Ntobeko's split was apparently fueled after all the attention they got from the reality show, she saw it through to the end.

“People understand me better now hence I cannot wait for the second season of my reality show.'

“Just because I cancelled my wedding and gave Ntobeko a break, he thought that I wouldn't proceed with the final episode. This is why I posted on Instagram telling people  they shouldn't ask me about my relationship again.”

Even though she didn't make it to the altar, Zodwa reassured fans that she did believe in love and will one day find it.

“I still believe in love. I love too much so I want to love less and give less. I don’t want to teach a lot cause people tend to use what you have taught them and turn it against you.”

Although she was nursing a broken heart, in September, the reality TV star told TshisaLIVE that she was on cloud nine after finding love in the arms of her new Ben 10, Vusi Buthelezi.

She and Vusi are still head over heels with each other and you could tell by the Instagram posts she shared.

Maybe 2020 will bring wedding bells along with it!

Zodwa's words of wisdom for her son: I'm investing all my powers in you

Zodwa Wabantu is not just the queen of vosho but also a loving and responsible mother.
TshisaLIVE
2 years ago

Zodwa is giving away her R18k wedding dress

Zodwa promised to post more details about the competition on her Instagram page soon.
TshisaLIVE
2 years ago

Zodwa Wabantu has some words of wisdom on how to slay every day.
TshisaLIVE
2 years ago