Her and Sjava were both on the concert's line-up 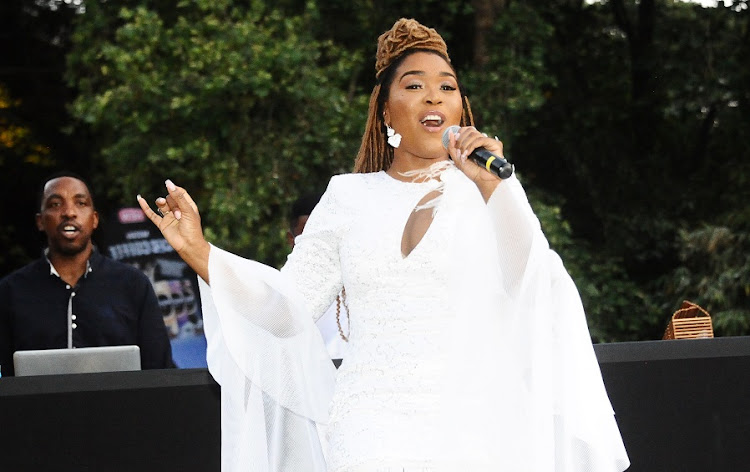 The rumour mill went into overdrive after Lady Zamar announced that she has withdrawn from a concert featuring her ex, Sjava.

Zamar spoke out just one month ago about allegedly being abused at the hands of an ex.  Even though she didn't mention any names, fans speculated that she might have been referring to Sjava, after the pair confirmed earlier this year that they were in a relationship.

Sjava later issued a statement slamming the allegations levelled against him and promising to pursue legal action.

Both artists were billed on the line-up for the latest edition of DJ Shimza's One Man Show, set to take place later this month.

Speaking on her decision to withdraw from the concert, Lady Zamar told fans that the reason for her pulling out was “grossly obvious”, adding that legal proceedings are still under way and she could not be in a place where she did not "feel safe".

For grossly obvious reasons I won’t be attending / performing at the Shimza One Man Show on the 25th of December 2019.

I’m really sorry to Zamartians and anyone else who might have wanted to see me perform on this day however I will be in one place or another that you might have the opportunity to.

I wish you all a Merry Christmas and a Prosperous New Year in advance.

“I am aware of the false allegations relating to abuse and assault contained in tweets by Yamikani Banda (Lady Zamar) on October 29 and the media articles based on those allegations," he said at the time.

"On the advice of my legal advisers, I am pursuing the matter through formal legal channels.”

Lady Zamar supports Enhle: The stronger you are, the more the world will test you

Cassper defends Babes Wodumo: Her personal issues have ruined her name, not her talent

"I really pray she has people that love her and will carry her out of this mess - honestly!"
TshisaLIVE
1 year ago