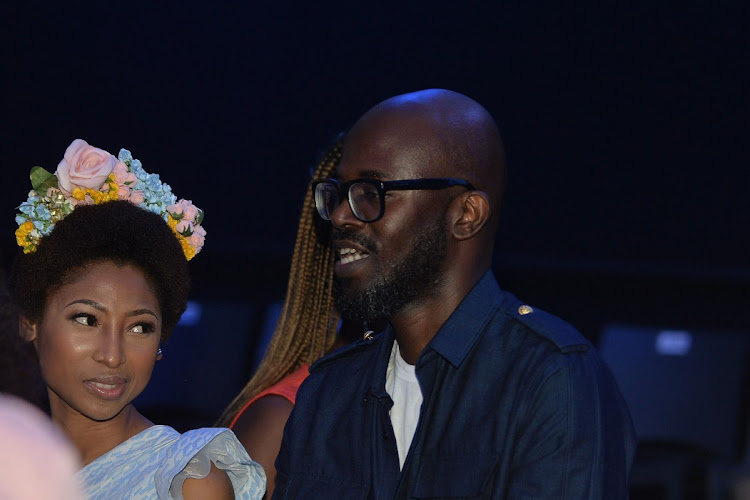 DJ Black Coffee and his estranged wife, actress Enhle Mbali were one of Mzansi's fave celeb couples, who served #couplegoals, so it's not surprising that their army of fans were shooketh when they confirmed they were getting a divorce.

After months of swirling speculation surrounding the state of their marriage, Enhle confirmed the split in a video statement on Instagram in November.

In July City Press reported that the couple had split, but they refused to confirm the claims then.

Black Coffee and Enhle got engaged in 2010. They then had a traditional wedding a year later and a glamorous white wedding in 2017.

Timeline of events leading to the divorce:

The rumours didn't sit well with Black Coffee who took to Twitter to deny claims that there was something going on between them, saying Cathy was “nothing more than a business partner and shall remain so for the foreseeable future”.

He wrote, “It’s quite sad that on social media people are so quick to confidently vilify and lynch people without a shred of evidence into wrongdoing.”

Enhle broke her silence in a video shared on Instagram Live, reiterating what her hubby said about Cathy being just his business partner.

However, social media users were quick to point out that the video was from July last year and that Enhle was subtly trying to tell them all was cool and they should mind their own business.

A few days later, City Press again reported that the couple had filed for divorce. When asked for comment, Enhle refused to discuss any details, saying: “Sorry, I have no comment.”

In August, Enhle sparked a strong debate after an interview she did with DJ Zinhle, in which they addressed taking back their cheating partners.

The interview, which took place on Enhle's THD24 show, Yours Sincerely, saw her and Zinhle open up about the alleged cheating scandals that have rocked their relationships.

“Personally, for me, cheating is an issue, but not as big as the fact that a person sat in front of you and lied to your face every single day.”

ZINHLE REACTS TO BEING BLINDSIDED BY ENHLE

Two months after the interview, DJ Zinhle revealed that she had no clue she would be discussing moving on from a “cheating” scandal when she sat down with Enhle.

In an interview with Cosmopolitan, Zinhle said she had made a decision not to speak about her love life long before the interview, however, found herself talking about taking AKA back after he cheated with TV personality Bonang.

In November, Enhle confirmed she was getting a divorce from her husband after Sunday World reported that the split had been mentioned in a court application allegedly brought by Enhle against members of Black Coffee's family.

“It has been a very, very, very rough year, but I still stand tall and proud. It is indeed a situation that no-one wants to see themselves in, but here we are,” she added.

Before ending the video, Enhle quoted Chimamanda Ngozi Adichie's verse in Beyoncé's song, Flawless, which speaks about feminism and marriage.

BLACK COFFEE SPEAKS OUT ABOUT DIVORCE

While's been mum about it the whole time, in November Black Coffee opened and said he didn't owe anyone an explanation about his marriage.

In an interview on YFM, Black Coffee touched on his struggle to separate his onstage persona from his personal life. He said the public often saw it as one thing and trolled him.

“With everything that has been going on in my personal life, and even though we have all made statements saying this is a private matter, people will still come because they feel entitled.

“I don't feel I owe anyone anything. I am not the first person to be in this situation. No-one is dead. No-one is abused. Nothing terrible happened. We just decided this is where we want to be. But the public feel they should have a say, to a point where it is sometimes disrespectful.”

Black Coffee on divorce: I don’t owe anyone anything

"I don't feel I owe anyone anything. I am not the first person to be in this situation. No one  is dead. No one is abused. Nothing terrible happened. ...
TshisaLIVE
2 years ago

Enhle Mbali: When waves hit, stay still as a rock and stagger through

Enhle Mbali has some words of wisdom to share.
TshisaLIVE
2 years ago

Thabo Rametsi honours Enhle: She's one of the best actors I've worked with

DJ Black Coffee on divorce: It's been a heartbreaking & challenging period