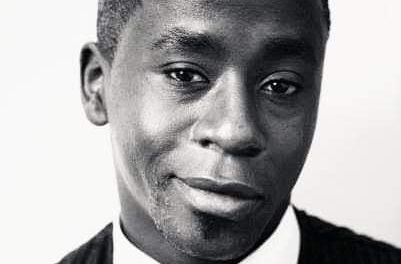 The actor, best known for his roles on Backstage, Home Affairs and Gaz'lam, died on Thursday.

Wesley told TshisaLIVE that those close to the star were left heartbroken by his death.

The news was also confirmed by close friend Claudia Kurhula Maluleke through a statement on Facebook.

“It is with our deepest sorrow that we inform you of the death of our beloved Sibusiso Radebe our Brother and Friend. 09-01-2020.

“I'm going to miss so much, Sbu Diva. Our daily conversations, your constant encouragement and your constant care. I love you so much. Rest in Beautiful Eternity, you are in the beautiful heavens, rest well Darling. Goodbye, my Legend.”

When contacted by TshisaLIVE, a close relative refused to divulge any further details and said she needed to speak to the family before releasing further details to the media.

Sibusiso was diagnosed with cancer in late 2018 and spent much of last year undergoing chemotherapy.

In a post last month he described 2019 as “the hardest year of my life thus far” but announced that he was in remission.

“It was a true test of livelihood on every level. Body, mind and spirit were tested,” he added.

Friends and fans have flooded social media with tributes to the star following news of his death.

It is with our deepest sorrow that we inform you of the death of our beloved Sibusiso Radebe our Brother and...

Former Backstage actor Sibusiso Radebe has reportedly died at the age of 37. Although his family has not yet confirmed the cause of death, he was diagnosed with cancer in 2018 and has been undergoing chemotherapy and radiotherapy.

A friend broke the news via social media. pic.twitter.com/F696wAQZGO

My heart is incredibly heavy and sad right now. You are my brother and always will be. You were loved On this earth @SibuRadebe more than you will ever know. R.IP my brother💔 pic.twitter.com/LPYdiF6sgx

Rest In Peache Sibusiso Radebe. You are/were one of the greatest bro #SbuDiva pic.twitter.com/nuq3eeaT7P

Its crazy to think we were chatting 2 weeks ago and you were sounding so much better. Rest easy my brother. You have played your part, thank you for your talents and contributions to the arts. My heart is in pain. You were loved @noirdubois #RIPSibusisoRadebe